We spent time back in Montana on our recent trip, and had meals out with everyone we wanted to see that we had time to see again in Bozeman. Each of those meals was a trip of its own, leading to long conversations that I wished would never end. My thanks to our good friends who read this blog and spent time with us. It was really fun. 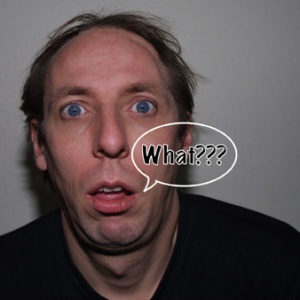 One dinner companion had an interesting observation: Most people who read this blog don’t get it. Most Americans don’t get the kind of talk that goes on here. They don’t look behind the curtain, don’t suspect that greater minds than ours are about the business of managing our perceptions. That phrase itself is an insult, as each person presumes to know his own thoughts and to be the originator of those thoughts.

I asked one meal companion, who doesn’t come here, if he had seen the movie “Inception.” He’s a movie buff, and generally our tastes run the same way. On this movie, his reaction was negative. He hated that movie. He’s smart and patient, so it isn’t that he didn’t get it. Quite the opposite – he got it. It offended him. The very idea that anyone could plant ideas in his mind was abhorrent. He claimed, with mock self-deprecation, that he believed himself to be too smart to allow such a thing to happen.

In most countries, perception management isn’t much of an issue. There’s some of it going on no matter where we live – the French and Canadians and Ruskies all believe in the essential goodness of their own homelands, and all turn a blind eye to their own weaknesses, just as Americans do. That is natural, and not a result of active thought management. But certain countries have set about to manage their populations so as to keep them contained and controlled – among them are the Russians, the Cubans, North Koreans, the Chinese, and the Americans. This is not the same as totalitarianism, where brutal thugs threaten people who go astray. It’s much easier to think for oneself in such places as Saudi Arabia or Sri Lanka, as the only requirement is to shut up about it.

But to actively manage a population that thinks itself free is a much more difficult task. So it starts early, when we are very young. Our schools teach us a version of history that probably never happened, and it becomes our backdrop. We are also taught that our form of governance is the best, and that we had forebears that were saintly and courageous. We are constantly put through rituals, such as saying the Pledge of Allegiance and singing the national anthem, to reinforce those ideas. We monitor one another to see if the open displays of patriotism are appropriate – do our neighbors take off their caps, put hand over heart?

Most importantly, after our leaders are decided for us, we decide on our leaders. It is essential that we view ourselves as self-governing.

It is usually enough to reach a person in the primary education phase. Most will go on to ordinary workaday careers, the backdrop firmly in place. Their lives will be occupied with work and bills and children and sports. Many of the poorer classes will be called upon to become soldiers and participate in attacks on other countries, and will presume to know that the cause is just, and will demand honor and repayment for their dishonorable work.

A few of us are people who Napoleon referred to as being “of noble mind.” We think further and harder, and so it is not enough that we be swathed in patriotism as young children and let go. The process has to be ongoing, reinforced in higher education, and deeply embedded by the social reward system. You might think the intellectual class of people to be the hardest to manage, but they are not. They are Orwell’s trained circus dog. They actually teach themselves to jump through the hoop without the crack of the whip of the trainer. They self-indoctrinate.

I’ve had encounters with many of the educated class, and there is usually hubris littered about, and I usually react negatively. I’ve had run-ins with a manager of a public radio station, two newspaper editors, Budge, and many others. It is essential that the journalists serve the state, and that profession is buried under six feet of self-adulation. They are so sure that they have arrived at their own thoughts that the mere suggestion that anyone else was managing their perceptions causes them to not merely disagree, but to react with anger. Hence, our dinner companion, a genuinely nice man, did not just dislike the movie “Inception,” He “hated” it. Every country has an intellectual class, and these people share certain characteristics. One, they cannot stand the idea of being “ordinary”, and so they go to great lengths to separate themselves from the masses. Two, they usually hook up with power, somehow serving the interests of non-intellectuals who can give them the proper rewards for their service. So, if you are one who haunts the cable news dial, you will see that it is loaded with members of this class, each pontificating in a serious manner on why the leadership of the country is right about this or that, why our wars are just, why tax policies that punish the working classes and favor the rich are appropriate. They work for power. It can be no other way.

If they are Republicans, they are critical of Democrats, and visa versa. When necessary, when new people take power, they switch positions, criticizing the same policies they once espoused, since that policy is now being carried out by the other party. The act of position switching, which recently happened on our resource wars in the Middle and Far East, and on budget deficits, is truly a wonder to behold.

This class is everywhere to be found in chatterland, with one exception: Anyone who eschews the two-party makeup is ostracized. Outside the two parties, you will find honest thoughts and observations, critical thought and true patriotism, which is the love of a land and people couple with a desire for the good will of others and prosperity and happiness for the entire planet.

Christopher Nolan, who wrote and directed the movie Inception, seems to be at once uniquely talented and smart enough not to openly challenge power and the perception management system. He is smuggling his message to us. Good film makers do this – David Russell with Three Kings, Barry Levinson with Wag the Dog, Stuart Rosenburg with Cool Hand Luke … the list goes on far into the night – The Wizard of Oz, Invasion of the Body Snatchers. Lesser attempts that more pistol-whip than smuggle include There Will Be Blood and Avatar.

Books can also smuggle truth, but in a non-reading culture, who cares? Movies can reach us with smuggled messages because independent thinkers in that industry are let free to do their work, and are rewarded if they make money for their sponsors. The embedded message slips right by the power structure. Ad-based television cannot do this, though the pay channels occasionally offer up good fare. But it is in movies that we find embedded messages that sometimes hit their mark. In the anger that I saw in our dinner companion, there was evidence that the movie Inception succeeds in delivering its message.

For that reason, I am going to see it today. It must be quite good.