John F. Kennedy, Jr. has to be one of the handsomest men ever to enter and leave the American celebrity landscape. His parentage is superb, so it naturally follows. That may sound like something it is not. I don’t think that John F. Kennedy was his real father.

I do not want to plagiarize anything by our friend Tyrone, and so quote directly from his piece, JFKTV.

Where they go when they “die”

I never would have considered this hypothesis if I couldn’t give a decent answer to the inevitable question: Where did he go after he left the motorcade, Dallas and the presidency? The best guess, and it aligns with the assertion made earlier that they do show you everything if you know what to look for, is Greece, specifically the island of Skorpios in the Ionian Sea. That island was the central compound for the empire of Greek shipping magnate Aristotle Onassis.

In early October of 1963, the international press was allowed seemingly blanket coverage of Jackie’s trip to Skorpios to meet Onassis who was at the time rumored to be sleeping with Jackie’s sister, Lee Radziwill, who was also there. By this volume’s reckoning, the trip was also an eleventh hour review of the plot to secrete JFK onto the island, which was impenetrable by anyone outside the small circle of abettors.

This scenario also makes sense regarding the sham marriage in 1968 between Jackie and Onassis. From that point on, no one would be suspicious of Jackie O hanging out in Greece. No one would suspect that Jackie’s kids were actually with their father.

I am offering a different slant on that, and will try to refit the puzzle. First, let’s take a look at two men:

We all recognize the one on the right as JFK Jr. On the left is a young Aristotle Onassis. I assert here, without anyone’s ability to prove or disprove, that Ari was John Jr.’s father. I look at the low hairline, which covers a third of the forehead and creeps in from the sides. The eyes, nose lips, philtrum (directly beneath nose), eyebrows and head shape are similar. I see strong familial resemblance, more so than with the man below, JFK at approximately the same age (30) as the men in the two photos above. 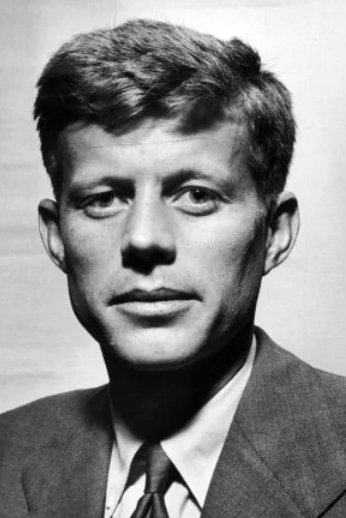 Just John Jr.’s hair is telling me a story.

We can assert, with perhaps only modest confidence, that JFK was gay. Since nothing is either straightforward or easy to parse, I also assert that Caroline Kennedy is indeed a Kennedy. Gay men often father children. That urge is in all of us.

We also note, from Tyrone’s work, that Jackie had to be persuaded by Joe Kennedy Sr. to marry John. The presumption is that she was reluctant due to his reputation as a womanizer. More likely in this scenario, she was being asked to be a beard, and was reluctant, so that persuasion might have preceded her falling in love with Aristotle Onassis. She was able to be with him prior to JFK’s assumption of the presidency – JFK Jr, born 11/25/60, and so would have been conceived in February of that year (JFK won the election on November 8). We know she visited Ari in Greece in 1961 and 1963 while first lady. We do not know of course, of other times or when they might have met secretly.

She might have known her role as First Lady would be a short gig, as the 11/22/63 event was surely years in planning.  Indeed she gave birth to Patrick in August of 1963, but we know nothing of that baby’s true parentage, or if he really died shortly after birth or lived and became one of Robert and Ethyl Kennedy’s brood. Perhaps he was shipped off to Greece to be part of the Onassis family. Perhaps Patrick and John Jr. are now associates in Greece.

As Tyrone noted, Jackie visited Greece in October of 1963, probably participating in final arrangements for the transferal of the still-to-be-alive president to Skorpios. Here’s where Tyrone and I diverge – he says that Jackie’s marriage to Aristotle Onassis was a sham, and that Caroline and John Jr. visited their real father on Skorpios. I say just the opposite, that her marriage to JFK was a sham, and that to Aristotle real. Caroline was visiting her father, but not John. Pictures lie, but I see two things below: They look happy, and my goodness, she is gorgeous.

So then, what became of John F. Kennedy, Jr.? I suggest he went to live with his real family, perhaps on the island of Skorpios. Perhaps he is now involved in managing the Onassis family fortune, with an assumed new identity, with his real wife, Carolyn Bessette. Take a look at the photo collage here, however. I don’t see any photos where the two look terribly happy together. Most often, body language has them leaning apart. That is a very small sample size, of course, possibly a wild tangent, but maybe that marriage was a sham as well. I cannot, however, look at John Jr. and imagine he was gay – that is offensive! He, like his mother, is gorgeous. That would be a waste.

Finally, this: The island of Skorpios, a private hangout for the Onassis clan, was sold in 2013 to a Russian oligarch. I take that to mean that it was no longer needed as a hideout, that John Jr.’s new identity was well established (along with Patrick’s?), that Jackie, Ari and JFK were long dead. It held no importance other than its cash value.

It’s all speculation, of course, and begins, for me, with the remarkable resemblance between John F. Kennedy, Jr., and Aristotle Onassis. Everything thereafter derives from Tyrone’s observation that Skorpios was the likely destination of the still-living JFK. If any of this is wrong, so too is all that follows. We are dealing, however, with very rich and beautiful people. Perhaps public lives were not to their liking.

PS: What if Jackie only discovered that her husband was gay after the marriage was consummated, after Caroline’s birth? My oh my, doesn’t that open the door for speculation about the need for his “assassination” … Jackie threatening to expose and divorce him. I will stop now.

PPS: Well, not quite. I just realized that I am adding Patrick to Joe Jr., Kathleen, John, Robert and John Jr., the list of Kennedy’s faking their death.

13 thoughts on “Speculation on the whereabouts of John F. Kennedy, Jr.”