[Note: I have added a face split of Mike McCartney, 1957 alongside Mike McCartney, 2007, to show that even after 50 years, facial features still line up precisely. See the last photo towards the end.]

The photo above is page 118 of the book Face to Face: Analysis and Comparison of Facial Features to Authenticate Identities of People in Photographs, by Joelle Steele. She studied the “Paul is Dead” psy-op and concluded that all twelve of these photos are various morphs of the same man.

She is wrong on that matter, but easily forgiven. She committed a mistake I make so often that I easily understand. She answered the wrong questions – did he die? Was he replaced by a body double?

Of course not. He is twins.

I will put the rest of this post beneath the fold to allow readers to study the photos without my input. See what you come up with – I ain’t the final word on this stuff. I’m still a student.

These two photos are the best side-by-side of the twins at a young age I have ever seen. That’s Mike (“Makka,” Today’s “Sir Paul,” Faul) on the left, Paul on the right. (Paul, last we saw, was pretending to be the caretaker of the McCartney family home in Liverpool, a public museum.)

That part was easy. Ms. Steele did not see it because she did not know to look for it, and operated on the assumption we were dealing with only one man and a silly conspiracy theory. Assumptions kill.

The 1964 photo is obviously Paul, the guy we knew from Ed Sullivan/Hard Day’s Night days. Need I go there? 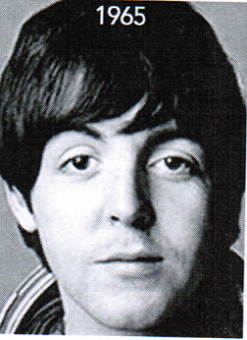 With 1965 we get monkey business. It is Mike, but the eyes are altered to make it appear that he has Paul’s looping eyebrows, which he doesn’t. They added shadows on the hairline to black that part out. 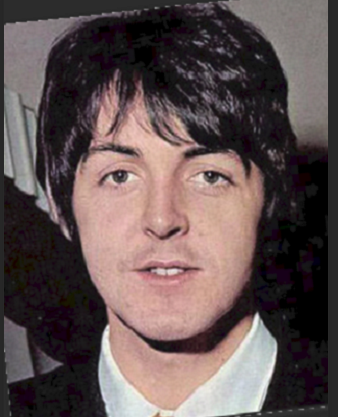 1966 is again Mike. (I grabbed a color version of the same photo off the Internet.) Notice the natural part on his right, our left – that is a tell, always Mike when you see that. But look what they did to the eyebrows! Compare them to 1957 Mike above – I don’t know if this is a PhotoShop or makeup effect, but it is a botched job. See how the one on the right (his left) goes over and down? Even real Paul’s eyebrows stop before that point. 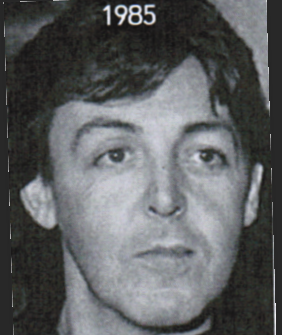 1985 jumped out at me – I originally thought it was someone else. But it is the real Paul – that is how he looked at that time. I’ll be darned. 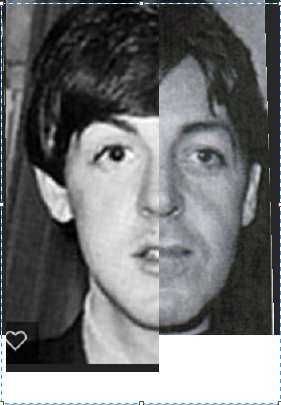 1995 looked odd to me. Those are Paul’s eyes (hint – this tells us Paul was not dead in 1995!). But the ears, nose mouth and chin belong to Mike. Do you get a sense of misplacement looking at it? They have blended the two men into one. This is really, really good work by the spooks. Kudos. 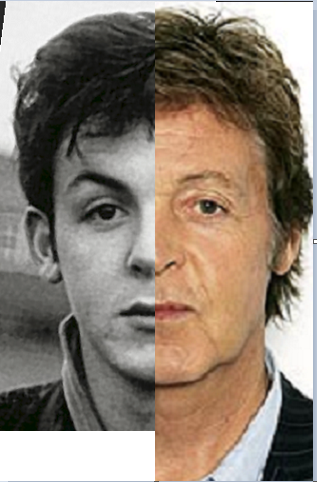 If you have not followed the McCartney business here and at Miles Mathis’s blog, it appears that the original Paul, who stepped in and out of the role, faded to the background and replaced by Mike around the time of the movie Help!, which was mostly Mike. Later, he was permanently retired – 1990 or so. Speculation: Mike is a better musician and stage performer, and the effects of plastic surgery were wearing off, so that one or the other had to go.

Poor Paul, relegated to caretaker. But at least he lived, and he had a nice ride too.