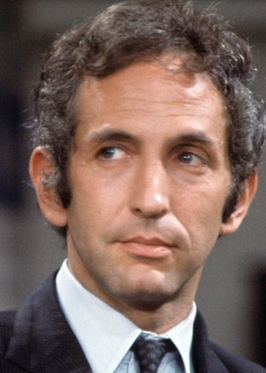 To have been young, in my twenties, during the time of Watergate, was fortunate. Of course I did not understand it – very few did then, and possibly fewer now. The obvious object was removal of a president, replacement by a cardboard cutout. But the psychological aspects are far more intriguing than the outcome. For a period of two years we were hit with a barrage of false news, false hearings, liars telling liars about other liars, and the news media positioning itself as an investigative body.

It takes years to understand such mechanizations, and of course it is ever ongoing. That is why I say I was fortunate to be young.

Prior to  that time we had a distraction within a distraction, the strange episode called the “Pentagon Papers.” Has anyone read them? Of course not. Did anyone read them then? Of course not. And to do so then or now would be a waste of time. Their content was not the issue. They were lies meant to cover even bigger lies. Their existence was the issue, however. It was a wild game played by a few low-level operatives designed to distract us** from some of the more seedy goings on in Vietnam, but also to enhance the notion that we have a news media that seeks truth.

There are indeed secrets, but those secrets are kept. They are never released, even by accident. But some broomstick cowboys got to play spies. Some newspapers got to play pretend journalism. The most important man, appointed for the role, was Daniel Ellsberg. He’s a fake, top to bottom, beginning to end. He was hired as an actor to pay the part he played, and does so to this day. (His support of Edward Snowden is, in poker terms, a “tell,” alerting us that Snowden too is fake.)

How do I know this? Again, he enjoys prominence, and has paid no price for his “crime,”

Observe the scene, August, 1971, when five CIA operatives broke in to the office of Lewis Fielding, Ellsberg’s psychiatrist. Set aside for the moment the strange notion of a man of such high intellect and position needing a shrink. That was probably an invention. The important thing was the break-in. It was sloppy, meant to be discovered, and its discovery got Ellsberg off the hook. As was intended from the beginning. Like a TV sitcom, it was the last-minute wrap-up that resolved all the problems.*

Of course, one question leads to another, one spook to another, and from here we discover that other men were playing the spy game at the same time, running around to motels, using primitive photocopy technology of the day, trying against time to get these very important papers released. Did Noam Chomsky and Howard Zinn believe in their cause? Were they duped? Were they, like Ellsberg, low-level operatives?

Daniel Ellsberg, false leader.
___________________
*For those unfamiliar with the history of that era, Ellsberg was on trial and facing life imprisonment for his “crime,” and the break-in resulted in his case being tossed out of court and his being set free.

**In January of 1971, Congress repealed the Gulf of Tonkin resolution, removing the legal underpinnings for the Vietnam War. From that day forward, Nixon would claim the war was being fought by legitimate presidential authority alone, negating any balance of power. Since so few people know about the repeal, it might be a safe bet to suggest that the purpose of the paper caper, which commenced in February of 1971,  was to distract from the illegality of the war, which would go in for four more years.

2 thoughts on “The paper caper”