“In short, the whole business of creating psychiatric categories of ‘disease,’ formalizing them with consensus, and subsequently ascribing diagnostic codes to them, which in turn leads to their use for insurance billing, is nothing but an extended racket furnishing psychiatry a pseudo-scientific aura. The perpetrators are, of course, feeding at the public trough.” (Dr. Thomas Dorman, a member of the Royal College of Physicians of the United Kingdom and Canada)

I just got done with Pseudoscience: Psychiatry’s False Diagnoses. It is a 30-page report, meaning that anyone diagnosed with “ADD” (Attention Deficit Disorder”) or “ADHD” (add “Hyperactive”) will not have the necessary attention span to get through. That’s too bad, since these folks have been diagnosed (and likely drugged) for something that does not even exist.

Statistics show that 6.4 million of our kids have this “disorder,” and the psychiatrists do not stop there – they say if the kids have it, the parents probably do too.

Years ago, when my son was in grade school, the teacher told me that she wanted him to be evaluated for ADD. He was acting up in class. I do not know why I knew what I knew then, as I had done no reading or thinking about the subject, but I was not about to let the school district have their way with him. Instead, I went to the local children’s clinic and asked a real doctor to evaluate him. After a full day and a battery of tests, the sincere and kindly doctor reported back to me “the kid is bored.” The school district was not allowed to drug him, and further, his teacher was advised to give him more challenging work. No drugs were prescribed, and he developed normally. He’s a fine young man.

I sympathize with people who are charged with supervising young children. They are forcing kids to focus on boring material, sit still, turn off their brains. It is a hard job, getting kids to stop being kids.

A few of the symptoms of ADHD are as follows:

Note, there is no actual test, no physical measurement.  Diagnosis is based solely on symptoms that all of us exhibit from time to time. The problem, if there even is a problem, could be medical or even dietary (too much Coca Cola™). Who even does a thorough workup on these matters? There are drugs to be sold!

Where did ADHD come from? Who named the disease? According to the linked article above, it is the result of consensus, along with hundreds (yes, hundreds) of other syndromes and disorders in the Diagnostic and Statistical Manual of Mental Disorders (DSM-5). They vote it up or down. I probably suffer from a number of their disorders, as I generally don’t have much use for authority figures, and often think that psychiatrists, newscasters, economists, journalists, educators, nutritionists … are pompous bags of wind. 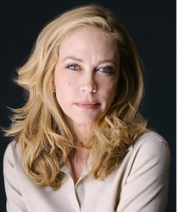 I need to be drugged. Obviously.

The photo to the left is of Ally Walker, an actress who played the part of Dr. Donna Sue Monaghan in the Netflix series Longmire. It is one of the few series that I have watched these past few years, mostly because of excellent casting. The show often struggles to come up with a plot to do justice to the actor, Aussie Robert Taylor, who plays Walt Longmire. He is superb.

Dr. Monaghan was, I think, scripted to become Walt’s love interest. She was awful, and they mercifully wrote her out of the show. She played a deeply intelligent and caring psychiatrist taking care of people on the Cheyenne reservation. Her job: Dispense drugs. In one of the episodes a truckload of psychoactive drugs was hijacked, and the reservation was headed for deep shit if Walt did not get those drugs back in circulation. People were suffering, and Dr. Donna Sue was their lifeline!  It was a crock, and poor Walt, a salt of the earth kind of guy, had to go along with it. In real life, a guy like Walt Longmire, a man’s man, would have set the truck on fire.

It is no accident that TV shows support the current corruptions of our struggling society. Psychiatry is a racket, psychiatrist are quacks, and the whole point of the profession now is to advance the sale of expensive and useless, probably harmful drugs. The idea is to funnel money to the criminals of the Pharmaceutical Research and Manufacturers of America, PhRMA. That’s all. A drug costing practically zero to produce can be sold for $10 a pop in our current environment, and if people cannot afford it, overpriced health insurance and government will pick up the tab. Corruption feeds on itself.

I have suffered from depression, anxiety, sadness and grief in my life. I say that easily because I know everyone who reads those words will say “Yeah, me too.” We are humans, and those are things humans have to deal with. I have a definition of “depression”: It is a normal, just the brain’s way of telling us “Please make changes.” It is not a “chemical imbalance,” which they cannot measure anyway.

If drugged, there is a good chance we will not make needed changes. Pain produces the necessary impulse to do the things we need to do to improve our lives … quit a job, End a relationship, learn a new trade, develop our minds or bodies, move to a new city, make new friends, cut back on the drinking … depression is necessary and useful.

It gets worse … bored kids sitting in school need to be cut loose. School these days is mostly about absorbing the known, preparing for the big day when they take the ACT or SAT, two tests that measure our memorization skills. Granted, a good memory is part of being smart, but the tests are regurgitation exercises. Scoring well on them means that another good mind has been sidetracked into trivia.

The people who designed our education system know this. They do not want schools to produce people who know how to think properly, cut through bullshit, resist advertising, see through “news,” or resist that ever-present campus military recruiter.

They want automatons. If they have to drug the kids to produce the right brain vapor to make kids lose their anxiety and fidgeting while memorizing crap, so be it. They don’t care. A sign that a bright young mind is drugged: The kid stares into space. Maybe even drools. It is sad to see.

I would say that psychiatrists are racketeers, but I have too much respect for the people who run numbers or Fantasy Football or public lotteries to pair them with that profession. They are engaged honest, straightforward fraud. The profession of psychiatry is somewhere beneath grave robber, but perhaps above necrophiliac. I do give them that.