I while back I was emailing back and forth with a lady who lives in Cody, Wyoming, business related, and mentioned to her that on a trip to Yellowstone National Park last June our grandson (then age 12) wanted to see a dam. We drove by Boysen Reservoir, and when we got to the head the boy was disappointed that it was an earth-fill dam. Meh. So I made it a point on the way home to make a right turn in Cody and head up the highway to Buffalo Bill Dam, a real one. There was so much snow in the mountains last year that during the winter they had drained the reservoir so that it would not overflow. Even so, last June both floodgates were wide open and an amazing torrent of water was entering the Shoshone River down below.

I only mention that because after I included this in an email, I thought “Oh my God, I’ve already said that to her in another email. I am repeating myself!” I had to know, and so asked her if the story was a repeat. No, she said. Phew! 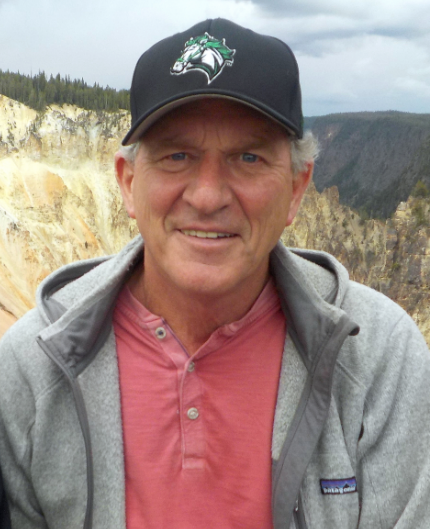 I’ve been thinking about aging, and the effect it is having on the blog. I try to be self-aware, but aging is a subtle process, and changes happen slowly, so we are not totally cognizant. I am aware that my body is breaking down, even as I work out at the gym, hike and ski and do all of the hard labor required for our three wooded acres on a steep hillside. I accept that. It is the mental changes that I fear more, the calcification, the set opinions, the certainty that I am right when I am not. I am criticized for being too transparent, too easily taking ownership of mistakes, but I can see no other way. If mistakes indeed are the best teacher, embrace them!

Last year at this time I decided to have a look at climate change, and have invested hundreds of hours in the hoax. In times before I decided to take a closer look at Waco, the McCartney twins, Columbine, Jonestown, John Denver, Tiananmen, John McCain’s fake POW status, John Brown, Dennis Washington, AIDS, and on and on. With each project came thrill of discovery, but these days I am avoiding large projects and the associated hours of research. I am more likely to do a quick hit, or worse yet, as I recently did with Obamacare, write a long post on memory, nothing new to add.

But note something else about each of those projects – they are dated. Columbine was twenty years ago, Jonestown forty. The McCartney’s are mid-70s, Denver is now 76, John McCain died of old age, and all the rest are long before the ages of our current crop of readers.

For the sake of the blog and the thousand or so hits we get every day, I think it is time for younger writers, newer visions. A young reader recently asked me to do a facial comparison. Not to spoil the surprise, there are two actresses, one I know, the other a complete stranger to me. I did so, and the results were stunning. I hope to see something published from him in the near future.

But aside from that, I can page through an entire issue of US Weekly or People, and not know one face. That, dear friends, means I am getting old.

No doubt I’ll keep putting stuff up here, but in terms of staying topical and interesting, I am fully aware time has gone by and my interests are diverging from those of the readers. I hope to rectify that, I hope for fresh blood. Anyone reading this who has an urge to write, who enjoys painstaking research and the thrill of discovery, get in touch! Sit down and write about people I’ve never heard of. The blog is in need of de-aging cream.

Note in Passing: If you’ve not watched Game of Thrones and intend to, do not read this paragraph. Last night for us was the final episode. Tyrion Lannister was selected by the new King Bran to be the King’s Hand. He did not want the appointment, citing all of the mistakes he had made and evil deeds he had committed. He had thought he was smarter than he really was, and that sometimes resulted in tragedy. Bran told him he would pay for his evil deeds by living in regret, and that his mistakes would always come to mind when offering advice.  This made him the perfect candidate for the job. I could not have agreed more.

7 thoughts on “Blogging and geriatrics”