I long ago learned the hard way that we can become victims of our technology. I found that facial overlays are useful when I am careful about the eyes, but then found that there is technology available that can do overlays, as above, and get very bad results. I was doing overlays for a while, and then reverted to my old technique, the face chop. It is surely primitive compared to what iPhones and Androids are doing with facial recognition technology. I will never forget standing in line waiting to get on a plane in Atlanta as we were quickly ushered aboard, a camera instantly recognizing our faces and correctly identifying us. Gadzooks! What I do is primitive.

Nonetheless, my method, the face chop, has some rigor to it. It is based on the simple premise that our skulls are formed by our late teens and do not change in shape. The bone structure remains unaltered over time even as our skin ages, sags and wrinkles. So I use a common measurement, the distance between eye pupils as a standard when doing comparisons. Where this technique fails is in undervaluing the distortion caused by head angles. So I learned to be very careful and not to over-analyze. Head angles got me into a heap of trouble, seeing twins where there were none. I found that the face chop is indeed useful, but it does not take the place of basic intelligence.

The facial overlay above between Gates and Zuckerberg is done by forcing the head sizes to be the same. It is therefore not objective. The face chop below sets the eye pupils at a common distance, and these two public geniuses are easily seen to be two separate private morons.

Of course, I cannot be in the same room with them, and to be truly objective here, I would need to find a way to judge skull size by objective means, such as a photograph of the two together. There are a few photos like that, but they would then have to be of equal distance from the camera so that I could run some calculations using Microsoft Paint and measuring pixels.

I did so with the photo above, and here is what it told me: Gates is a tad taller than Zuckerberg, and Zuckerberg’s head is bigger. To me this photo indicates that the two men differ quite a bit in head size. That is also what the face chop told me, but the face chop is not an accurate indicator of head size.  This is just luck.

Here is an example of where my technique is useful. Janis Joplin was a set of twins. I know this because I spent hours on end staring at her photos, confused that I could not get early and later photos of her to line up. Once I discovered twins, everything fell into place.

That is how I learned that misdirection plays such a large role in media. Joplin would appear in public with big hair and eyeglasses, which served to distract us from looking closely at her facial features. They did not kill Janis, simply reassigned her to a new public role, and sure enough, we found the twins still pretending to be one person. 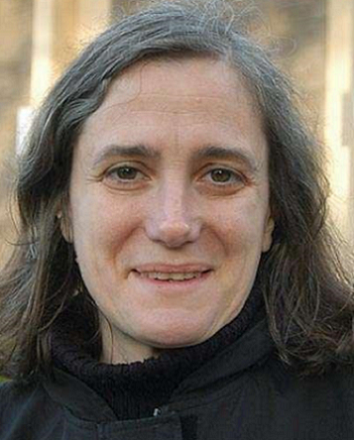 I ramble here, did not sit down to revisit the Joplin twins. The point is to be wary of software that does facial overlays. I found, for instance, that I could do a near perfect match between singer John Denver and actor John Ritter (both of whom likely faked their deaths). I could have easily made that happen by merely changing the head sizes to force a fit, as was done with Gates and Zuckerberg. But I did not do that – I set the pupil distance at the standard one inch apart, and let the chips fall. Here is what I got.

What does that tell us? There is something going on in the world of entertainment – some process by which near-clones are birthed by different parents. Speaking of parents, here is Denver with Stephen Parent:

Parent, supposedly murdered by Charles Manson, went on to become Richard Branson, the billionaire. Tyrone spotted that one. The technique is useful.

These days, when computers can generate faces out of nothing and make them look so real, perhaps the art of facial comparisons has seen its heyday. I don’t do much of it anymore, and find it most useful, as with Gates and Zuckerberg, in deciding that two people are not at all alike.