Marc Maron is a comic, former alcoholic and cocaine addict, by his own admission. His comic routine is narrative and kind of free-floating. He might have a general idea of where he is going in any set, and a few punchlines in mind, but I doubt even he knows for sure exactly where he is taking us. His career has been a struggle to get to the middle. He was once known as the angry comic, and the image to the left fit him very well. I generally like him and do not change channels when driving if he comes on. But he is known to toe the line, ridiculing people who don’t see any Climate Change going on, and also any who refused to vaccinate and wear a mask. He can be doctrinaire, arrogant, and blind.

Long before so many others, like Conan O’Brien and Dana Carvey, Sarah Silverman and David Spade started doing podcasts (a result of the Scamdemic), Maron settled into the format. He is a good interviewer, and he does his homework. I was shocked to learn that he has done 1,315 episodes. He has hosted some of the biggest names in show business. I wondered what it was that made Ted Danson get up at 3AM on a Saturday to travel across Los Angeles to sit down for an interview in Maron’s garage. He has some kind of magnetic attraction to draw big names like that.

I didn’t sit down to write all of that. I love comedians and comedy, and jumped at the chance to listen to Maron interview Jeff Foxworthy, at one time perhaps the biggest draw in the country. He was bigger than Seinfeld, but his audience tends to be NASCAR, so he does not get enough credit for very good work. Early in his career he was doing a club with some other comedians, and they were all in a motel room together. He looked out a window and noticed that the bowling alley next door offered valet parking. It hit him: “If your bowling alley offers valet parking, you might be a redneck.” I heard him say at one point that he framed the yellow sheet of notepad paper that he wrote that on, and it hangs inside the front door of his home in Atlanta. After all, he said, that’s what paid for his house. His redneck lines are now legend even as they were never more than the last five minutes of a two-hour stage show. Everyone has  a favorite. Mine is “If your mother has a spit cup on the end of her ironing board …”

I still have not gotten to my point. In 1984 Foxworthy was rudderless, working for IBM, and not in any kind of important opposition. He was fixing office machines that broke down. His workmates liked him, and thought he was funny. Foxworthy knew he could make people laugh, but never considered it a career. His buddies entered him in a comedy contest in Atlanta, not amateur night, but rather professional comics trying to catch a break. Jeff did a five-minute routine, and won the contest. He knew at that point that he had found his calling. When he walked off stage, he met a woman and there was an instant spark. It was Friday, and Monday they moved in together. 38 years later, they are still married.

So rudderless Jeff Foxworthy says that within four minutes, he found his career and his life partner. Amazing good fortune, that is.

I received a comment, the writer asking me not to publish it, which I am glad to not do. He directed me to this Bitchute video wherein it is “shown” that David Furnish, Elton John’s husband, is actually Lady Diana. The video is forty seconds, and is a good example of what can be done in facial comparisons if there are no rigorous standards. Indeed, it appears that Furnish’s photo fits over Lady Di’s with remarkable precision. I remembered doing this before, and note that some rumors never die, and some, like Paul is Dead, are deliberately kept alive and active, like a juggler keeping his balls in the air. Maybe this Furnish/Di thing is a Dallas Goldbug-type play, designed to prevent people from working in facial comparisons for fear of ridicule.

Here are the photos I used: 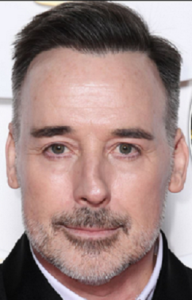 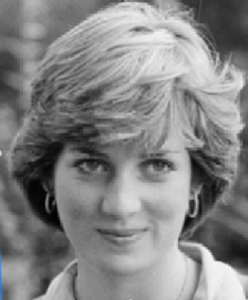 And here is the final word:

Not even close. I do not know who did the original work over at Bitchute, but this thing has been hanging around for quite some time. Let’s drop it now, for good. Lady Diana Spencer is alive somewhere, no doubt. Where, we will never know. She might as well be dead.

Just for fun, Google this: “Antarctica 70 degrees.” What you will get is page after page of scaremongering about a place on the southern continent that experienced a temperature spike. We have seen in a prior post (not the post, but the excellent comments that followed) that the news media is capable of blatant boldfaced lying. In this case, the temperature spike is not necessarily a lie (I hold that to be a possibility), but rather and anomaly. It has happened before, and I do not recall why. I only vaguely remember that it is due to shifting air masses from higher to lower elevations. Or visa versa.

I found nothing in the Google results that attempted to understand the event, just the usual media feeding frenzy of alarmism. I then Googled “Antarctica 70 degrees hoax”, not because I know it is a hoax or an exaggeration, but rather to be led to one scientific site that did any in-depth analysis of the event. I found this, from Catholic Online of all places:

Is the Report of a new record high in Antarctica fake news? Here’s how we know.

This article is about a temperature spike in Antarctica in 2015 of 63.5 Fahrenheit and the media frenzy that went on back then. Here is the money quote:

These spikes are localized and happen occasionally, and everything will return to normal. My reading indicates that Antarctica, a massive land mass, has varying climactic effects, such as melting and calving in that area where the underlying landmass slopes downwards towards the ocean. But overall, and this is not good news, the ice mass is increasing. In some parts, the ice is 15,000 feet thick. It’s not going to melt anytime soon. The world is safe, no need for Superman to fly backwards around the planet to set back the clock. We’re fine.

When I first read about the temperature spike, I immediately thought about how climate propagandists love to scaremonger about far away places, such as the Arctic, Antarctic, Great Barrier Reef, Siberia, or the fictitious Great Pacific Garbage Patch. They get away with their lies because they know we are not going to these places to witness for ourselves. If I were to hear on the news that Colorado is having a temperature spike, and that all of the snow mass in the Rockies was all coming down on us at once, I could easily stick my head out the front door and find that it is nonsense. They like to lie about far-away places, as with our own back yards we can spot them.

Imagine, they can even put on a War in Ukraine, where nothing is happening, and make it seem real. Who among us can just get up and go there to see if it is real? That’s how propaganda works.

PS: I sat down here with nothing on my mind, nothing to write about, just to see if I could gin up a post out of thin air. The words just flew off the keyboard. You might say I am full of it … I mean, full of words.