I was at a red light today and I started thinking about the social engineering happening on social media, on TV, in the movies, etc. and I started to get angry. What can I do? How can I help spread awareness? Then I figured, let’s go back 10-15 years and see how the social engineering psyops of back then affect our lives today. It’s one thing to analyze psy-ops that haven’t gotten into your head yet, but it’s a whole ‘nother thing to face the hard truth that your thoughts are not really your thoughts.

I plan on doing a bunch of these. The goal being to spread awareness that nearly everything you think about the world has been engineered. Keep in mind that I can only expose the psy-ops I recognize. God knows how many are going on that none of us realize yet. The antidote to this madness is awareness and acceptance. If you are aware of it, and you don’t just reject the idea, it loses it’s power. If TPTB have to get more advanced to socially engineer us, then we’re already winning.

Let’s get started on the highest grossing movie of 1998, Armageddon. Here are some of the main social engineering psyops they threw into this movie. Note that I am going to skip over the obvious NASA and nuke programming since I believe the blog readers are well past that and I want to offer some new information.

Let me start by saying that this movie, made 3 years before 9/11, has the most blatant predictive programming I have ever seen. We’re not talking minor stuff either. But absolutely blatant. There are websites covering it like this one, but you’ll see that it just barely touches how much I’m going to show you.

Early in the movie a meteor shower hits NYC. I took screenshots from Netflix to show you some of this stuff. I highly recommend watching the 2-3 minute sequence if you can.

Then the meteor shower strikes. First we see panicked New Yorkers running down the streets, reminiscent of 9/11, including people in suits.

Then we see a meteor go right through a building.

But they couldn’t be so obvious as to show the actual World Trade Center towers, could they?

Here’s a little subconscious nod to the firemen that would be so prominent on 9/11.

And how about a nod to the police offers.

But that’s it right. These guys had the cajones to actually show the WTC, show police officers, and mention Sadaam and the terrorists. They couldn’t possibly take it one step further could they? Oh yes, they can.

Jumpers. Mentioned them, then showed them. Anybody still think people died on 9/11?

But I mean, that’s it right. They couldn’t possibly go any further, right? Wrong.

They show a meteor actually going through the World Trade Center.

How about that shit? But of course this is psychologically implausible and we’re all paranoid. It’s just a coincidence 😉

Here is the President’s cabinet. Keep in mind that this movie was released in 1998 and George W. Bush did not take office until late 2000/early 2001. Are they giving a nod towards Colin Powell?

Here is the President who looks just like Donald Rumsfeld, with a shadowy character in the background suggesting a handler (Karl Rove? Dick Cheney?).

Keep in mind that Rumsfeld was out of office for over 20 years before being named Secretary of Defense by Bush. Why would they choose a Rumsfeld lookalike?

Remember in the early 2000’s where the mainstream opinion was that Cheney/Rove/the cabinet were the ones really calling the shots instead of Bush? Perhaps that was manufactured on purpose years before Bush took office by planting subconscious seeds in movies. These elections seem to be rigged years ahead of time.

And for giggles, here’s them predicting the Deepwater Horizon oil rig accident of 2010, twelve years after the movie was released.

The Power of the President

For those of you following the elections at all, a common meme is “Do we really want Donald Trump’s finger on the nuke button?” That does a couple things. One it legitimizes the nuke hoax. But something extra it does is reinforce what we’ve been taught all our lives. The buck stops at the President.

In most of the scenes at NASA you see a red phone at the table. That phone represents the threat of nukes, but it mainly represents a direct line to the President. The leader of the free world who has the power to start WWIII or save or destroy Earth.

That’s why people care so much about the election. They think Hillary or Trump is going to be the most powerful person in the world, with their hand on the red phone. Those of us in conspiracy are miles past this, but it’s a reminder of how the mainstream is constantly force fed this idea.

Just think, a bunch of oil riggers save the world. The guys responsible for some of the worst disasters on planet Earth placed on a pedestal as heroes. If Bruce Willis the oil driller is a hero, then so is BP and Exxon Mobil by association.

And then we have this scene early in the movie. Willis hitting golf balls at Greenpeace activists protesting by his oil rig.

It’s also interesting that they write Greenpeace on the side of the boat. Since Greenpeace is most likely a CIA creation used to discredit environmentalists, they are used to represent all environmentalists as annoying hypocrites. After Willis’s right hand man mentions that they might be upset about oil drilling’s effect on the environment, Willis screams about how much oil Greenpeace’s boat uses up.

They even managed to squeeze a bit of gender conflict in there. In the late 1990’s they had an anti-housewife psyop. Here the wife of the amateur astronomer yells that his pot pie is cold and that she wants a divorce. She looks disheveled, angry, and deeply unhappy. The concept is that a woman serving a man and staying home is an unhappy woman.

When she doesn’t do what he asks her to do, he responds with violent anger “GO GET MY GOD DAMN PHONE BOOK!”

This type of psyop has been instrumental in increasing the number of women in the workforce and putting their focus on career instead of family, leading to fewer kids and at a later age. The 1999 film Blast From The Past had a similar sub-theme, used for comedic effect, of a deeply unhappy 1950’s house wife who turns to alcoholism to cure her boredom (sounds familiar?).

They use the anti-housewife theme even today. Here’s a still from the Sam Smith video “I’m Not The Only One”, of a housewife crying while her husband is out cheating. You see, only the worst kind of man would keep a woman as a housewife. Kristen Bell plays a dumb and naive housewife with an abusive husband in Bad Moms. This psyop has been very important in jump starting gender neutrality.

Before they could get women in the weight room, they started with moderation. The concept of women doing male things was introduced, followed by the idea that men find this attractive. Here’s pretty Liv Tyler talking about her childhood:

“I was playing with titanium death gauges when I should’ve been playing with dolls”. “Look I was raised by roughnecks”.

Later in the movie we meet an attractive female astronaut who turns out to be very authoritative and drill sergeant-like. When the men laugh at her, she yells back and they submit to her commands. Here she is screaming at 6’5 and 315 pound Michael Clarke Duncan.

The astronaut tells Duncan that if they’re out in space and she kicks him in the balls, he would float away. At this point, Steve Buscemi says “and when do we start training for that?”. The idea being that he finds getting kicked in the balls by an attractive and bossy woman very sexually appealing.

Hopefully you can see how something like this ties in with gender neutrality and feminizing men. Here is some of this stuff at work in Wolf of Wall Street in a famous still (the heel of the shoe being phallic).

Tomboy has also taken a hold of sports with the WNBA being promoted despite very low ratings and MMA main events now featuring female fighters. NCAA women’s sports are also heavily promoted and women’s events in the Olympics given equal time. Hopefully you can see how everything ties together.

The goal of tomboys and anti-housewife psyops is gender neutrality.

I’m going to give a quick rundown of other psyops I saw in the movie but that only played a minor role in the film, but may play a larger role in other movies.

If you think I’m paranoid, here’s some more. 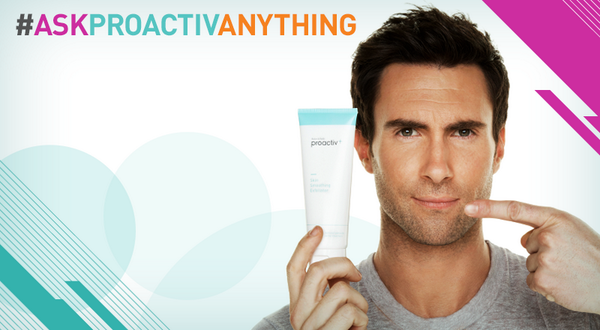 Some of these topics are uncomfortable, but part of the reason they are uncomfortable is because the shame they generate has also been socially engineered. My goal is to bring awareness. As long as you recognize them as you see them, you’ll be fine. It’s the stuff that we don’t notice that is so dangerous.

There is one last topic from Armageddon I would like to discuss that sticks out like a sore thumb (or an Adam Levine index finger), and that is Bruce Willis’s role as a patriarch in the film. Willis is one of the last from a line of strong alpha male lead actors of the 80’s and 90’s including Harrison Ford, Mel Gibson, Kevin Costner, Robert De Niro (twin #1), Clint Eastwood, and Michael Douglas.

Bruce Willis was the unquestioned leader of the oil rig. He had problems with his daughter Liv Tyler, but when he made an order, she listened. He was both feared and respected. When he spoke up at NASA, the scientists and military listened to him (as ridiculous as that is). He was a very strong, common sense, and courageous leader who gave his life at the end of the movie to save the world, when he didn’t have to. He was very, very likable character because he represented the strong, male leader and hero, a timeless archetype in our collective conscious.

Not only has that archetype been removed from film and TV to be replaced by masculine women and feminine men, but they are now blackwashing the idea of a strong patriarch by portraying him as an evil tyrant. Here is an example from Game of Thrones:

And the stepfather in Jupiter Ascending who plays a disgusting and rude drunk. 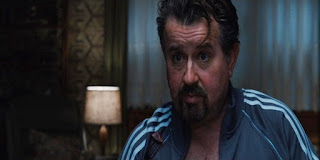 A strong, honest, and courageous patriarch is among the most likable characters in literature and film and fulfills a subconscious need in humans, both men and women. They are beloved and held in high regard. Just like every child needs a loving and caring mother, then need a strong and good father. When you take that father away from a child and replace him with a soft, feminine version, the child lacks the rock and role model that he craves.

When we watch these movies, we are that child, and we yearn for that strong patriarch who never comes. In real life, that is very traumatic to a child. In the vicarious world, it has us leaving the movie theater unsatisfied on a level we don’t quite recognize. Miles Mathis quipped in his Thomas Pynchon article how they edit nude scenes so we can’t enjoy them long enough. Well I have also noticed how stressed out I am after ever film I watch nowadays. A constant barrage of anxiety. Removing the patriarch is only a piece of that puzzle.