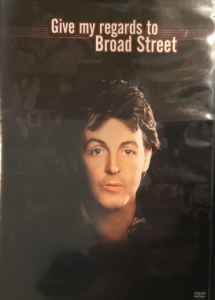 A commenter, Den, some time back suggested that I watch the movie Give My Regards to Broad Street, put out in 1984, written (supposedly) by “Paul” McCartney.” I say “supposedly” because I have no belief in the man’s integrity, knowing as I do that there are two of them. A lot of great songs have come our way from this pair, but the question I ask is that even if we assume Paul McCartney wrote that stuff, well then which one?

He’s both right and wrong – that is, I don’t know who is the street singer at the end, but it is not Paul as far as I can tell. However, original Paul appears throughout, does perhaps half the music, and even does what I would call “intakes,” or short cuts where he is front and center reacting to someone else, but not shot as part of the original scene.

To get through this we are going to have to do a short primer on McCartneyism, who they are and how to tell them apart.

That is Mike on the left, Paul on the right. The above photos were taken in the late 1950s, prior to their departure for Hamburg for recruitment and training of potential Beatles. The twins theme seems to predominate, as candidate Stu Sutcliffe (who by my evidence faked his death to become artist Andy Warhol) was, I suspect, a set of twins. There’s also indications of two John Lennon’s, but I could never satisfy myself that the evidence was good enough. Nonetheless, as they say, both Intelligence and show business love twins.

On the left above is the man we know today as Paul McCartney, or Macca. Judge for yourself. 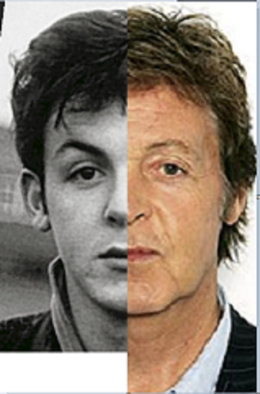 On the right (1959) is the original Paul, the one who sang Till There Was You before an enthralled British crumpets and tea set at the Royal Variety Performance in 1963. It is worth a look.

They do a good job, and Paul is a good singer (as is Mike). One thing to note about Paul, one of the less obvious clues as to which one you are looking at, is that he bobs his head as he sings.

Original Paul would recede to the background in the 1990s but reappear as “John Halliday.” 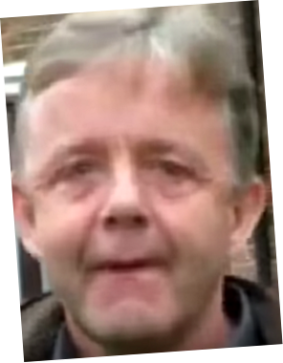 That is not some of the most convincing of sets of photos, but I had to grab the Halliday photo from a video, and felt lucky to have him look right at the camera. Other photos of him and Paul line up very well, as seen to the left. Most interesting, to me anyway, is that with both photos above, in order to do a comparison I had to tilt them counterclockwise four degrees. I have noticed over the years that when dealing with the same people in different photos, they often assume the same poses, even over time. 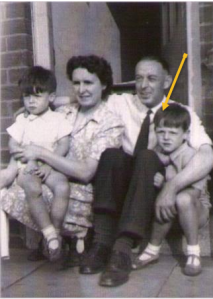 Another clue is seen off to the left here – this is a charming family photo taken when the boys were maybe four or five … note the arrow. Mike McCartney has a natural part on the right side of his head, actually, a cowlick. This appears throughout his life. However, in our present situation, a movie where the two are pretending they are only one and where the hair on each has to be alike, I think there a high probability that both are wearing wigs. No cowlicks are seen in the movie

There are two other obvious clues. Paul has an impacted tooth that is forced to the back by his others. Take a look below:

Paul is left handed, Mike right handed, which means that over time Mike has had to learn to play left handed. He does so, and quite well. In the early days when he was in the Paul shoes, they would put him behind a piano.

Those clues are not always obvious, which leads to the most obvious of all. My wife and I sat through Broad Street Last night. It reminded me of Help! in that it had a lousy script that was a vehicle for some very well-produced songs, the only redeeming quality in the movie. I regarded watching this movie as a homework assignment, something I did not want to do. But I enjoyed it. The music and musicians were superb. As I sighed to myself before loading the CD, removing the shrink wrap, I laughed out loud. 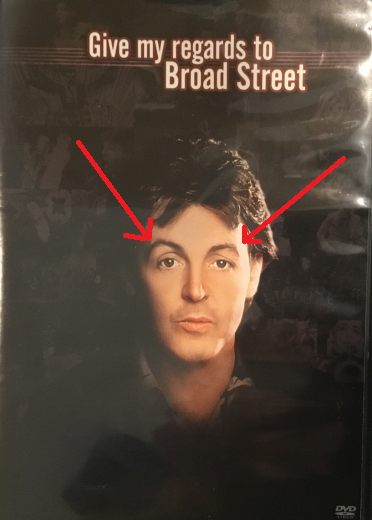 Go back to the 1957-59 photos above, and look at the eyebrows. Paul’s wrap around, while Mike’s do not. In this cover photo for the movie, they have deliberately shown us both eye brows. It was hidden in plain sight. They are taunting us! Note that in the early days, their “moptop” hair came down over their foreheads all the way to the eyes, a nice way to hide the eyebrows. Not that anyone noticed.

So, as I said to my wife last night, as we watched we were the only people in the world who have ever done so and been able to say “That’s Paul” or “That’s Mike” to every scene. The eyebrows give it away.

I don’t know when Paul quit performing in public and gave it over to Mike. I would suspect that Wings concerts were both men, but they began to separate in looks as they aged, and it was no longer possible to keep the secret, so one had to go. They chose Mike to be Paul, but in this movie both are polished performers. It could have been either, but I must say, from a man’s perspective, Mike is a little more handsome and less “cute” than his brother, who was perhaps destined to be a crooner. Also apparent in this movie, Mike is good on stage, full of energy, where Paul likes to sit and play. That’s not a rock star. That’s Paul Simon.

Also, in the movie, Paul hits the high notes quite well, while Mike does not. (Example: Listen to Here, There and Everywhere (Paul) and Lady Madonna (Mike). Paul cannot hit those low notes, and they would have to shift keys for Mike to do Here There....

As always, this is fun. Many people are morose, thinking that original Paul died in a car crash and had to be replaced by an impostor. The whole Paul is Dead thing was misdirection. They wanted us to ask the wrong question. That’s how it is done in Intelligence and show business – they don’t lie so much as misdirect.

But I regard Paul/Mike as harmless fun. I had to concede last night as I watched them perform that both are very good at their jobs. Of course, it is the movies, and we don’t know if they are really playing their instruments or being ghosted or if they have a British version of the Wrecking Crew behind them in the studio. (Probably so, and they may have been used for this movie). However, they are both good singers and sound very much alike. It took a genuinely curious eye to tell them apart in those days, and since no one knew to look, no one ever suspected there were two of them.

Below is a chronological list of the songs performed in the move Give My Regards to Broad Street, and who performed. Other songs are played throughout as background, but these are seemingly live performances.  I learned a lot in doing this task, and will share at the end. [The little white arrows are just carelessness on my part, leaving the cursor in view as I did the scene cap on my computer, and can be ignored.]

Yesterday is easily seen to be Paul.

Here, There and Everywhere, again, Paul. 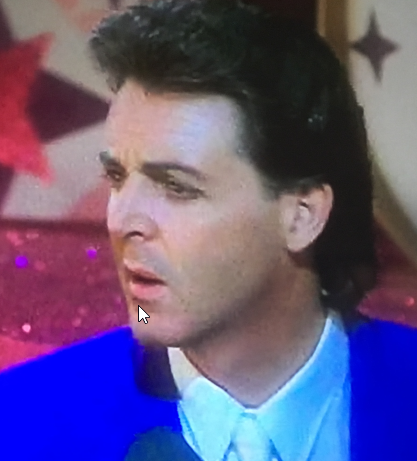 Ballroom Dancing, finally, Mike makes a singing appearance. He is otherwise all over the movie, and seems to be the central character more than Paul. I must say, he is very comfortable in his skin, moves about easily, seemingly very relaxed.

Silly Love Songs – the singer is heavily made up, and has wraparound eyebrows, but such makeup is applied to the rest of the performers too. This is, I think, Mike. I’ll explain at the end.

Not Such a Bad Boy, Mike.

For No One, Paul.

Street singer at end of movie – it does not look like anyone I know, but perhaps it is Paul heavily made up. He is singing a stepped up version of Yesterday.

There was also a scene where Mike sees a vagrant, and they nod at each other, as if friends. Surely hidden meaning there, but it’s not a great script, so I am going to let it stay hidden.***

Have any of our readers ever attended a Wings concert? I am curious and would like to know, were there several sets, an upbeat and high energy one followed by a slow down? If so, I think it safe to say that this is how Mike and Paul traded off during the Wings era. As seen here, Paul is sitting down for every performance, while Mike is standing, playing in a band, or leaning over a piano. This is why I thought that Silly Love Songs was Mike even though he was made up more like Paul. He was standing over a piano, something Paul doesn’t do, apparently.

Also, every song requiring a high, near falsetto voice was Paul. So it would be easy to go back through the entire Beatles body of work and determine which Paul was the performer based on vocal requirements. Why Don’t We Do It In The Road would be Mike, I Will would be Paul, who is basically a crooner. That is why, in the end, Mike got the gig – he was a better stage performer.

My thanks to commenter Den for bringing this my way. I had no idea it would be so much fun.

*** It just occurred to me that the hidden meaning here could be that both people, the street performer and the vagrant, could be John Lennon. His 1980 death was faked.