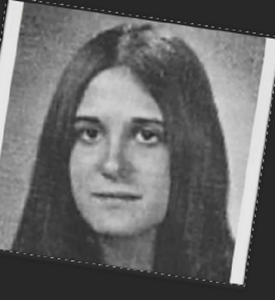 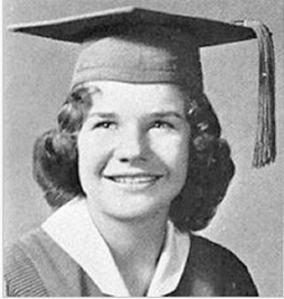 Part of the key here can be found in another fact that McGowan brought to light – most of the rockers who died were said to have come from military, even military intelligence families. I thought it odd that there was so much musical ability in those families. As it turns out, there was not.

John Denver is said to be Henry John Deutschendorf Jr. It’s a given that his name was not Denver. In the comments under my post on his fake death, a commenter brought out the photo below. 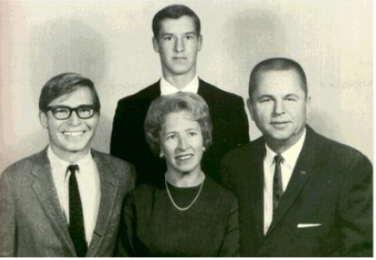 It’s not hard to figure that John Denver was not a Deutschendorf. We don’t know his real name. We know he had talent. I therefore think it likely that he was assigned to the oversight of Lt. Col. Henry John Deutschendorf for management and safekeeping.

We found that Jim Morrison was not the son of Admiral George Morrison. Family photos were fake, Jim was pasted in every one of them. We don’t know Jim’s real name either, and keep in mind that when he faked his death, he did indeed disappear. Talk about an unsustainable career – but that’s another story.

Here’s my point, finally: What if the sixty or seventy people that McGowan (who faked his own death on 11/22/2015) chronicled were all part of a talent pool who were assigned to military intelligence families for management and safekeeping? What if McGowan’s limited hangout was meant to reinforce the idea that they really died, but also to misdirect us from their real identities. Saying they all hailed from military intelligence then would make sense.

As such, they would be assets. Many would be reassigned and repurposed. They’ve obviously signed non-disclosure agreements, but they also signed contracts to perform certain duties for pay. This would partly explain why they don’t just retire them. They were duty-bound to fake their deaths, and duty-bound to accept new assignments.

By the way, Joplin was said to be the daughter of a Texaco engineer. Do you imagine that military intelligence is embedded in major corporations? I do.

Here’s a face chop of Amy Goodman and Janis Joplin: 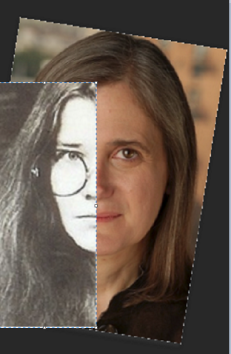 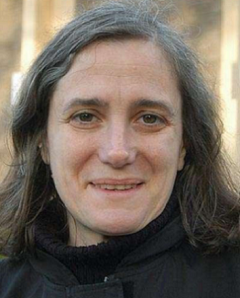 Notice something about her? Yes, you can see her teeth! This is the gal that once covered Me and Bobby McGee. Here’s a face chop of her and the stage performer. 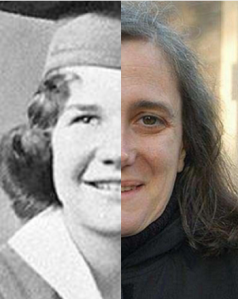 Are the Joplin’s even in business anymore? Is Amy Goodman still at work? I don’t follow her.

While interviewing with John le Bon, he suggested that it had been suggested to him that Amy Winehouse became Lady Gaga. I did not believe it for a second, though I have never paid much attention to either. 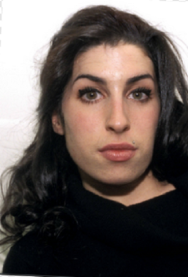 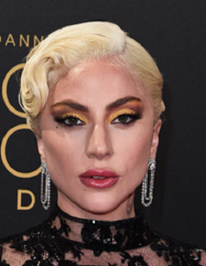 Here’s what I found.

This was not among my favorite tasks. Ab in our recent discussion claimed them to be androgenous, that is, possessed of both male and female characteristics. I can’t go there, I’ve heard too much discussion of gender and gender changes. I did concede to him that Hillary Swank and Jennifer Garner might well be trannies. That would make Ben Affleck gay, right? (He was once married to Garner.)

My problem with these two is … yikes! They are not so much homely as plain. Heavily made up Gaga on the right here strikes me as grotesque. I did find a photo of her, which I will not display, wherein it appeared to me that her breasts hung unnaturally and were unattractive. I mentioned that to Ab, who said that it was just two bags of silicone. 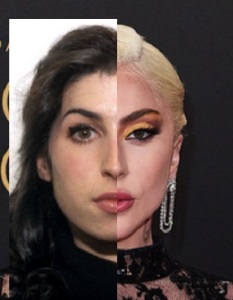 Man, that surprised me. People like to look at photos and just speculate based on a glance that people are different. They really need to go deeper. We cannot tell at a glance. Analysis like face splitting will reveal things that straight-on glancing cannot. I did not see the above split coming.

They look to me to be the same except that Gaga’s face is more angular, probably a deal breaker. Same nose, same lips, same eyes (though Gaga is painted up), same head size, same ears, same eyebrows.  Keep in mind, that does not make them the same person, as we have in the past identified what we call Bokanovsky Brats. It could be that these two were bred of different fathers and a common egg. I do not know how the process works, just that it does. For instance, look below at Charlie Sheen and Pierce Brosnan. 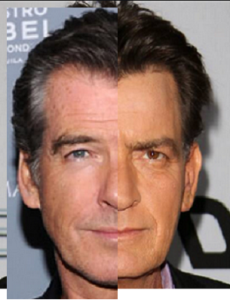 Same hair, lips, eyes, shape head … but Brosnan’s chin is just a bit lower. They are indeed two people. But they could easily pass as twins.

I do not claim to understand my own work well enough to explain it. All I can say is that there is something there that needs to be explained. I am all ears.

28 thoughts on “Gaga for Winehouse”