You might be wondering why I am bringing up Trump when we know politics are just a charade. Well, there is some serious subconscious stuff going on with Trump that needs to be brought out into the open so that people are aware.

The biggest one is gender conflict. I like to think that most in the conspiracy community have already realized this but I’d like to talk about it anyway. Right now there is a massive psyop to blend the genders into gender neutrality. Why? Because it will lead to deep, deep unhappiness and a lifetime of psychological issues. That’s why.

Terran Downvale has pointed out the liberal use of purple in the media the last few months and it will only continue. Purple is a mix of red (women) and blue (men). They are also using gold, but it is not as clear as to why.

The last few years we have seen men blackwashed in the media. Johnny Depp is accused of assaulting his girlfriend and Brad Pitt is accused of cheating and child abuse. Brock Turner has collectively made male college students look like pigs, and there are now stories and videos out showing men running scared and leaving women in dangerous situations. This is nothing new, but it had gone into overdrive during the election.

The morning after the election I was in a waiting room that had the TV on. Every time Trump spoke I looked around the room to get a temperature of the situation. Every woman I looked at watched the TV with a look of anger and disgust. Do not underestimate the effect a pompous and arrogant man beating a women has on the subconscious mind. Every time Trump does or says something repulsive, he is representing ALL men since that is how they have tied him to our minds whether the public realizes it or not.

Let’s look at some more psyops. Along with gender neutrality, they have been promoting homosexuality for a while now. Here is the Trump and Pence campaign logo. The “T” penetrating the “P” is not a coincidence.

In order to make gender neutrality seem appealing, they need to make “gender norms” appear like a bad idea. That is the reason Trump’s family is good looking. Every time he says something dumb, there is a pretty wife and daughter standing right next to him. The Trump family will become an attack on traditional (natural) gender roles. Read my social engineering article to learn more about how they are using Alicia Keys and the Stranger Things cast to whitewash gender neutrality.

Disinfo has been spreading the rumor that his young son is autistic. I’m not sure that’s true (I think he is just a pawn for child ADHD drugging), but if it is true that is another strike for pretty Melania in the public’s mind, along with the nude pictures. We know that most if not all celebrity kids are not really theirs, so if the son is autistic then he is autistic on purpose.

Melania Trump is interesting in her own right. For one she is a 2nd wife. In the 50’s and 60’s Zsa Zsa Gabor and Elizabeth Taylor did a great job of making divorce appear glamorous. A 2nd wife as a First Lady definitely promotes a dissolved and awkward family unit.

Next are her nude pictures (NSFW) released in August. What does this do? Well for one you have a first lady (a classy role) acting like a you know what. What impression will that have on young girls? Talk about a loosening of sexual mores. Next you’ll notice the lesbian-eque theme which promotes homosexuality. In the nude picture where she is standing, you’ll notice a shadow between her legs resembling a tampon string. I am not 100% sure of the meaning but it could either be promoting birth control (if she is on her period then she is definitely not pregnant) or is just supposed to make her seem trashy. The timing of the photos coincides with a recent anti-slut shaming movement. The goal of that movement is not women’s rights, but to turn women into men and delay starting a family until it is socially acceptable not to have one. There is a another side to that coin which is a touchy subject. By giving social approval to women having dozens and dozens of sexual partners, it forces men to accept their past when marrying them. I believe men have a natural aversion to marrying a woman with too many partners and they are being forced to push that negative feeling back and shame them for having a problem with it.

Now let’s talk a bit about predictive programming. Tyrone had a good article on it a few days ago if you missed it. I mentioned in the comments of another post that Independence Day predicted the Monica Lewinsky scandal two years before it happened. Cheating jokes included. 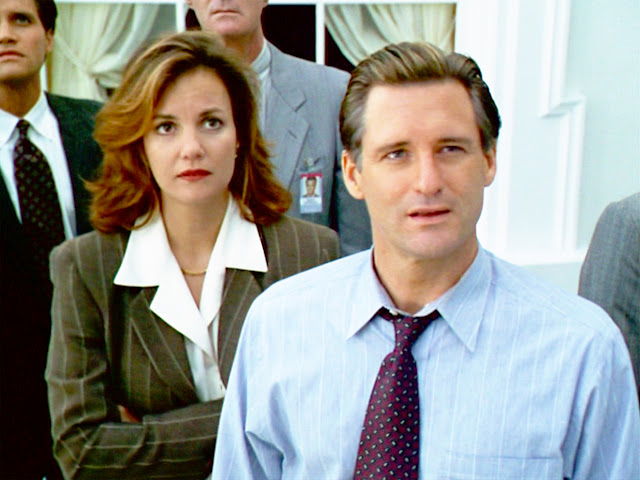 You may remember in the movie that the First Lady ended up dying of her injuries. Well who was the First Lady in 1996 when the movie was released? A common objection to voting against Hillary was the potentially poor health, culminating in an on-camera (fake) faint.

The word “trump” means to beat someone or to do better. The word “pence” refers to a British penny. Another way to describe Trump/Pence is “cheap victory”. During the time of the election, one of the top songs on Top 40 radio was “Cheap Thrills” by Sia. The song’s chorus is a seemingly positive one.

When I listened to that song a few months ago I wondered why they allowed a song with a good message (anti-consumerism) on the radio. I also noted how the words “I love cheap thrills” was rather unnecessary and crude compared to the rest of the chorus. Well now we know why.

But as always, the rabbit hole gets deeper and deeper. A day or two after the election the Bill Burr/Conan O’Brien interview was heavily promoted on social media. I found it strange that Conan would have Bill Burr on the day after such a big event. Burr is a famous comic, but is certainly not an A-list guest. I enjoy Burr and have seen other Conan interviews and they were all very funny. But this one seemed different. For one, Conan and Andy seem depressed and annoyed. Two, it feels like Burr is green-screened in, and three it’s just not very funny and feels forced. Why such heavy promotion.

A few days before the election Dave Chappelle got himself in the news for supporting Trump. You may remember Chappelle’s strange Africa incident 10 years back, which will be a future post of it’s own. So it’s weird Chappelle is suddenly back in the spotlight. On November 11th one of the top posts on Reddit is an announcement that the Chappelle Show will now be available for free streaming, despite being available on Youtube for years. Then on November 12th Chappelle hosted Saturday Night Live and had a much watched sketch that tried to shoehorn racial conflict and awkwardness into the election. I found the sketch unfunny despite liking Chappelle and found it curious why they would have him hosting SNL during such a high profile time after the election.

My first thought at seeing these two unexpected comedians getting so much publicity after the election was that they are trying to plant a seed of “Trump is a joke”. That very well may be the case, but that is not the most interesting part about this. With my Hollywood social engineering work I am discovering how well planned out the hoaxes and fake events are, but I was not expecting what I found. To understand how deep the subconscious programming goes, read this long post proving a Taipei murder was foreshadowed in a Morrissey video 25 years earlier.

On a whim I wanted to watch a funny scene from the 1998 movie Half Baked starring Dave Chappelle that I remembered. The movie was pro-Marijuana propaganda for the youth disguised as a comedy. Well during an innocent opening shot of a scene, I notice something funny. Get ready for this.

What you are looking at is Dave Chappelle sitting on the steps in front of a sign that says “Burr”. Not only are major events like 9/11 foreshadowed in movies 10 years earlier, but a supplemental narrative of a major event is foreshadowed in a movie 18 years before the event! Talk about great organization.

Hopefully we can toss the idea that the Trump victory was unplanned.

38 thoughts on “The Donald Trump Psyops”