Note to readers: At this time I am taking a break from Covid Covid Covid and doing some more enjoyable work, researching of oddball events that make no sense on their face. As for Covid, the revolution is still being televised 24-7. I don’t need to cover it. Just a few days ago the New York Times reported that Covid 19 had invaded South America, with hundreds of thousands of cases. In other words, it is winter down there, and they are having their cold and flu season, this year an alarming emergency for some reason.

The Battle of Long Island

The Continental Congress had declared independence on July 2, 1776. Two days later, on July 4 (=11), the document would be read in public. Congress would authorize 28,501 troops, but the newly appointed Commander of all forces, George Washington, had only managed by August of that year to raise 19,000.

These troops, garrisoned in New York City, at that time comprising the southern end of Manhattan Island, had put up a good showing in Boston. However, they were rough and ragtag, untrained, and likely to give their muskets the Italian treatment* if ever they came face-to-face with seasoned British troops. There was squabbling among factions, men were using bayonets to cut their food. Meanwhile, two brothers, General William and Admiral Richard Howe had assembled 32,000 fully trained British and Hessian troops.

Washington thought that the British would attack to take control of New York Harbor, and had moved about half of his troops over what is now Brooklyn, and built fortifications there in order to assail the British when they moved on Manhattan. After severe fighting with many casualties, he settled in to his Brooklyn fortifications. He was surrounded. The Howe’s had landed troops on Long Island and placed them in position as seen below.

The red lines indicate British and Hessian troop movements and placements, so that Washington had no escape once Admiral Howe moved his ships up the East River and completed the enclosure. However, and inexplicably, General William Howe ordered the attack to stop. He apparently expected that Washington, defeated, would surrender.So we are told.

Washington got hold of every flat bottomed boat in the area, and on the night of August 29-30, made a ‘miraculous’ escape, moving 9,000 troops over a mile of the fast current of the East River and back to Manhattan.

Orient yourself to the map above if you can. If American, you should recognize most of the names. The Howe’s engaged in standard military tactics. All that needed to be done was for General Howe to close the front door by ordering his brother to sail his troops up the East River to engage Washington and demand his surrender. Instead we got an early version of Miracle on 34th Street, the 1947 movie that explained that Santa Clause really does exist.

The war, which should have ended that night, would go on for six more years. There would be more battles in this area, climaxing on November 20, 1776 when the British took Fort Lee in New Jersey. It can be said that the British merely blundered, as wars are fought by humans, but that is hard to embrace knowing that Washington had been cornered, his troops divided, and that on August 27, 1776, the war should have ended.

Some claim that winds did not favor Admiral Howe’s movements that night, and that a thick fog the following morning further assisted the American escape. We can never be sure of these things, as they could be invented by historians to cover up a larger scheme. Those excuses could be mere fog of war.

It’s all very strange. The Howe brothers were no fools, veteran soldiers with years of service to the Crown. I suspect I am looking at something here that repeats throughout history – the staged revolution.

I use the word “staged” with a precise meaning in mind. Battles were fought, soldiers died in large numbers on both sides. The thirteen US colonies were difficult to govern, so the British probably thought it better to let them have their revolution. But a critical element of this revolution was that the American leaders – some, most or perhaps all – were British agents, George Washington among them (unless he was a giant fool). It was understood that when the war was over, the new country would still be ruled by Britain. That is my take, why I think that General Howe deliberately let Washington and his troops escape.

It is therefore no surprise that the following words serve to open the Treaty of Paris, which ended the war:

It having pleased the Divine Providence to dispose the Hearts of the most Serene and most Potent Prince George the Third, by the Grace of God, King of Great Britain, France, and Ireland, Defender of the Faith, Duke of Brunswick and Lunebourg, Arch- Treasurer and Prince Elector of the Holy Roman Empire etc.. and of the United States of America …

The treaty goes on to define boundaries, grant fishing rights, and order the restoration of any property seized from loyalists during the war. It may be standard in diplomacy to use such flowery language, and it is clear on reading this document that after signature the United States of America was, at least on the surface, no longer a British colony. The country would grow powerful, and as of this date, elect 45 presidents, all but one descended from British royalty. 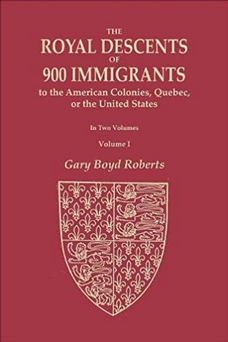 (Lest you think Obama is the lone exception because he is black, think again. It is Martin Van Buren. Obama can be traced back through two lines to William I the Lion, King of Scotland, d. 1214, and Edward I, King of England, d. 1307. This is not the sloppy genealogy as we have seen elsewhere. The information is taken from the Royal Descents of 900 Immigrants to the American Colonies, Quebec, or the United States by Gary Boyd Roberts, pages 497 and 726, which I have reprinted at the end of this post for anyone interested in real genealogy.)

European royalty is a large group of families, and inheritance tended to follow rigid guidelines. The oldest male would get the bulk of the estate. The name for this practice is primogeniture, discontinued in the United States (we are told). The idea was to preserve the estate in one piece rather than fracture it among too many heirs. Roberts’ work gives us an idea of who the Mayflower immigrants really were, and who they are today. The work is two volumes and well over a thousand pages, listing thousands of descendants including many who are today famous, like Obama. It works its way all the way down to Alanis Morissette. I have skimmed these books just looking for notables who are both famous and wealthy rather than just wealthy. It is a fun pastime.

Roberts explains that younger (men and women) who do not inherit the major estate would become lesser nobles, military officers, ministers and scientists. Importantly, some were sent off to govern colonies on behalf of the Crown.  This would include George Washington himself, of the Ball line though not part of the Mayflower group. Historians tell us that the Mayflower settlers were Puritans fleeing religious persecution, who  yearned for democracy (the Mayflower Compact). Far more likely ,the Crown was seeding the colonies with the children of nobles, making sure they would govern and own large swaths of land. They wanted it to look like something else, and professional historians have obliged.

In this manner, the Crown never really let go of its colonies. We are still governed by the same families as have ruled Europe since Medieval Times. Occasionally they let a colony go, in appearances anyway, and staged revolutions are often is used to give the appearances of a weakened empire.

So why the charade? I suspect it centers around the nature of power – those who have it do not want it known that they have it. Few know of the City of London Corporation and all of the power that is centered there. Some speculate that the current rulers of the planet are secretive, and meet in underground-facilities like Denver International Airport or the CERN Large Collider, where no real science is going on.

I doubt it is that elaborate. I am more in agreement with Jon Le Bon, who claims (I am told) that there is no overarching conspiracy, as there is no need for such a thing. It is a loose coalition of like-minded people who share rich lives, excellent education, and secret handshakes in order to preserve their wealth and privileges.It is omerta, a code of silence said to be practiced by mobsters, but more in use by an aristocracy that still rules even as it has blended into the tapestry of modern life.

The following is from Edward Bernays’ 1928 book Propaganda. He is the “father of modern advertising” but was also far more than that – he was a “…force in the conscious and intelligent manipulation of organized habits and opinions of the masses in democratic society.” Those are his words from page one of chapter one of the book. He is describing others, but the words apply to him especially, as he knew the game.

“We are governed, our minds molded, our tastes formed, our ideas suggested, largely by men we have never heard of. This is a logical result of the way in which our democratic society is organized. Vast numbers of human beings must cooperate in this manner if they are to live together as a smoothly functioning society.

“Our invisible governors are, in many cases, unaware of the identity of their fellow members in the inner cabinet.”

I suggest that membership in the inner cabinet is in part determined by royal bloodline. Of course, these same people will want to recruit the best and the brightest to manage the day-to-say affairs of our lives. They cannot be bothered with the public rituals of fake democracy, but understand the importance that common people believe in it and vote, work hard, and even engage in silliness like like masks of shame and social distancing. That is all managed by a nameless and faceless bureaucracy, mere technicians.

So I suggest that even in 1776, the lives of the colonists were being managed by an inner cabinet, and that a decision was made that the colonies would break away and form a new country, and it would be a powerful extension of and yet still subservient to the Crown. Due to that decision, George Washington and his troops were allowed to escape on the night of August 29-30, 1776, and over the next six years would give the illusion of getting better at making rebellion. It was a real war with real battles and troop movements and deaths, and yet at the same time, a stage play. The outcome was known in advance. All the while, the British were in charge.

This strategy, the staged revolution, by the way, probably predates King George III, and has been used since. I mentioned Dunkirk in the title to this piece, an obvious staged maneuver to allow the British to carry on fighting the Germans in that war. Venezuela had a coup d’etat in 2002 that looks like it served no more purpose than the reinforce the rule of Hugo Chavez, most likely an American agent.

You might also want to read (starting on page 9) here about a 1961 event known as the “Bay of Pigs Invasion,” which followed another staged revolution used to convince the Cuban people that Fidel Castro was their guy, not ours. 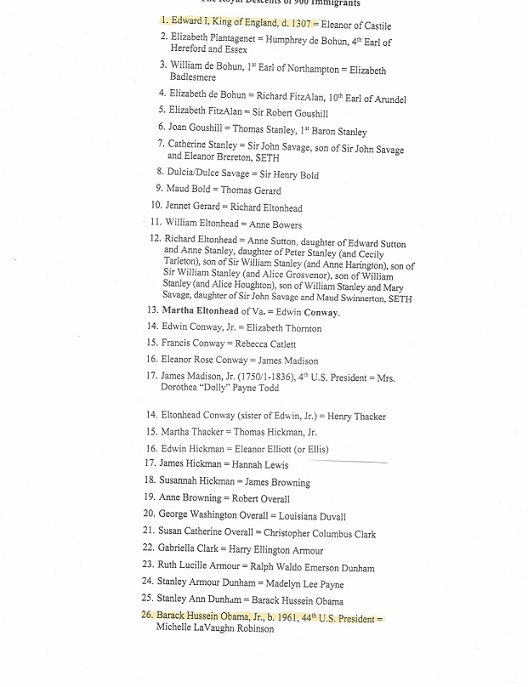 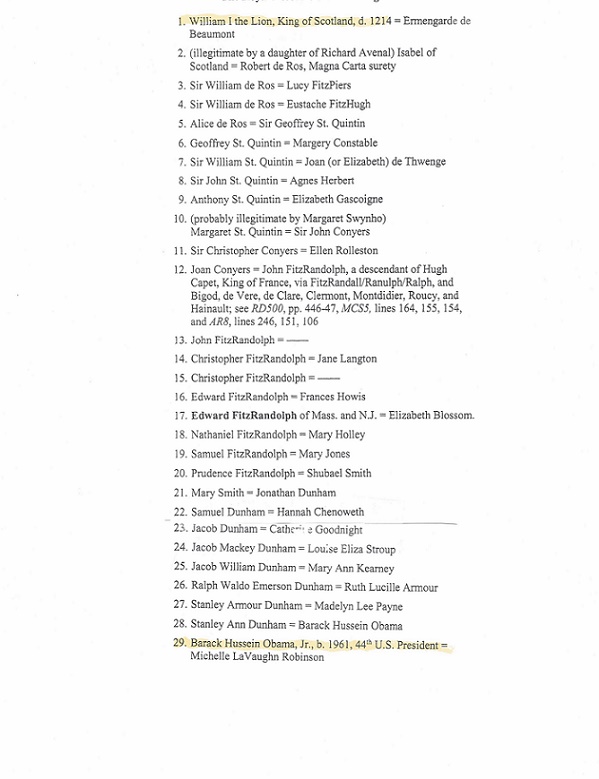 52 thoughts on “The Battle of Brooklyn: America’s Dunkirk”