This is purely a 4AM thought. Correct me if I am wrong, but viral pandemics are supposed to follow a trajectory. Peak in winter, gone in summer (where they are peaking in the southern hemisphere). Mutations are said to occur. Summer becomes winter again. Repeat, repeat.

This coronavirus, however, seems to be a boogeyman that bucks all historical precedent. Common coronavirus is known to be highly seasonal. Who could have guessed that COVID-19 would be the exception of all exceptions?! Oh wait, we guessed it…on almost a daily basis from the very beginning!

This is beginning to resemble an HIV situation. For a primer on that situation, please refer to Mark’s foundational work here at Piece of Mindful on the subject.

In his piece, Mark makes the same comment, pointing to the pattern of an Ebola outbreak as an example. When one plots HIV infections on a map, it behaves nothing at all like a viral outbreak. It looks more like the relationship between cigarettes and lung cancer. In Mark’s words, it resembles “an illness brought about by an agent”. 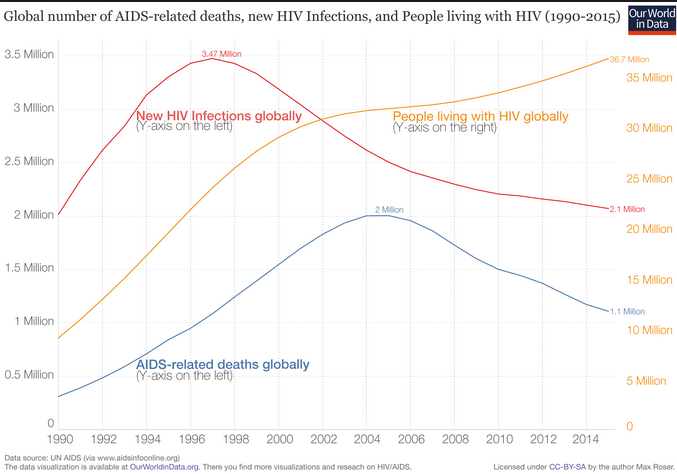 That brings is back to coronavirus. Well, folks, this coronavirus panic looks like another virus outbreak that cannot possibly be a virus outbreak. Rather than any kind of discernible peak, we are instead seeing just a flat, constant line for new infections. It does not act anything like a viral outbreak. Especially not a viral outbreak in a class of viruses known for their seasonal nature and in a country with a climate supporting seasonal virus outbreaks. Instead, we get no change whatsoever with the United States entering the summer season. A flat line. 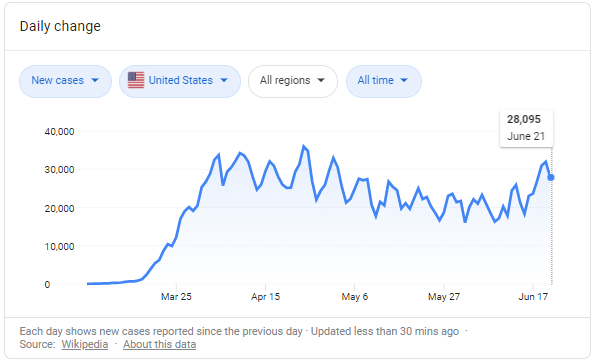 The question is this: Why are there zero experts in the mainstream media asking why this virus seems immune from acting like a virus? Why would the virus be continuing at full strength through the summer in the United States?

Common sense and critical thinking skills are damn-near dead here in America. They are actively laughed at and discouraged in public discourse. We are now going to be left with the new HIV. The new virus that absolutely cannot be a virus.

And let’s not forget that nobody has ever answered the most comical question: What is to say that the test itself does not just have around a 10% false positive rate? Or what if SARS-CoV-2 is actually harmless (as Duesberg says for HIV) and unrelated to any specific sickness?

Did you know that trillions of viruses are raining down upon you from the sky every single day of your life? I postulated long ago that SARS-CoV-2 may have been chosen as the boogeyman because they knew it would be easy to find wherever they needed to find it. That sure looks like what we are seeing in the data. That or just outright false positives.

This is a viral outbreak that cannot be a viral outbreak. Another contrivance. The data we are given seems to be totally manufactured. Completely made up…just like your Presidential election results! People get sick seasonally, and around 10% of sick people seem to be able to test positive for this coronavirus. That is all this is. They will be able to maintain this illusion permanently along these exact grounds.

Now, it is summer in America. There are no longer very many people getting sick, but the public has been so effectively hoodwinked that they no longer even notice any relationship between sick people and TV data for sick people. Just reflect on that for a minute! Perhaps that, above all else, is why we will have the summer of fake racial tension. More misdirection from the magic trick. Think of the contrived racial tension as the magician’s assistant with the large breasts.

It is all a magic trick. Now it is 4:30AM, and I should be getting back to sleep. In the literal and metaphorical sense. Was this all a dream?

Update: Reader bubbaorwell has called the coronavirus madness a form of Stockholm Syndrome, and I must say that I agree… 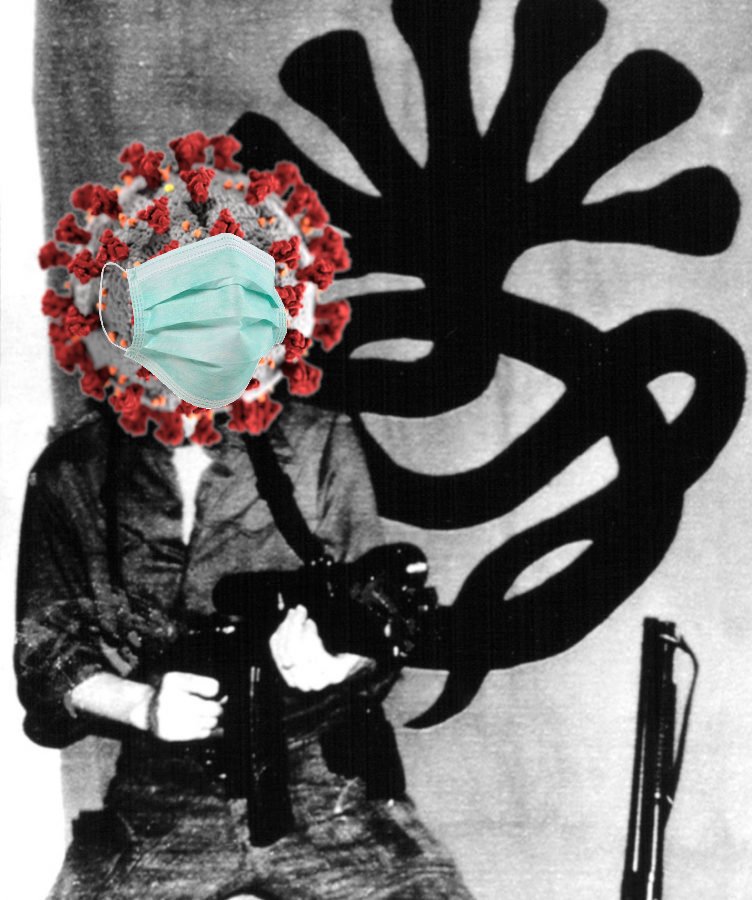 57 thoughts on “Virus that doesn’t act like a Virus: Is Coronavirus the new HIV?”