In a post below, I noted that the map below, which is really part of an art project, depicted the Great Pacific Garbage Patch as being a mere smudge on a satellite  image of the Pacific Ocean off the coast of South America. 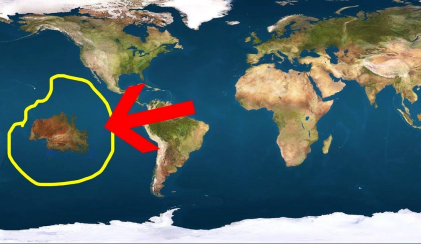 Our friend and diligent researcher Harvey’s Pretzel Mug saw more than I could with this “smudge”. See his comment, and below:

All they have done here is to superimpose a map of Australia on a satellite image of the Pacific. This is amazingly dishonest, but in our propaganda-immersed climate today, no one double-checks except people like Patrick Moore, author of Fake Invisible Catastrophes and Threats of Doom, and Harvey’s Pretzel Mug. HPM noted that the coloration of the “smudge” coincided with the green areas of Australia. I note the presence of the Far North Peninsula on the smudge as well as upper right on on any map of Queensland. The peninsula points directly at Papau New Guinea.

This is a gigantic lie. It is right up there with Michael Mann’s hockey stick, Al Gore’s science and math creds, and Anthony Fauci’s personal integrity. Where did it originate? The search engine indicators point at something called ART 3170 Civic Engagement: Social “Action” Project. I do not know what that is, but would guess that part of the Social “Action” was to highlight a fake invisible catastrophe, in this case the Great Pacific Garbage Patch, which does not exist. Given that fact, people in the project decided to do what all Climate Alarmists do, what the IPCC does, what Michael Mann and Al Gore do … just make shit up. If we had honest news, they would be called out, but I am being absurd.

I will give them kudos for creativity, however.

6 thoughts on “The Great Pacific Garbage Move, Australia Wanders East on us!”