Stephers puts so much effort into per posts, giving them a long-lasting quality. They are still drawing comments months after posting. When she called her most recent “Part 10 of 10” I was somewhat concerned that she would not be writing anymore. However, she says that she is not done, just done with that particular series. She has much to offer, and will continue to write. For that I am thankful. END_OF_DOCUMENT_TOKEN_TO_BE_REPLACED

I love comedy and good comedians. It is a terribly difficult profession, and those who succeed usually have years of struggle under their belt. The funniest man of my lifetime, and it is always subjective, was Mel Brooks. He was famous in years before I came of age for being the 2000 year old man, interviewed by Carl Reiner. Comedy is subjective, as I said, and I never found that bit funny. But Blazing Saddles? Hilarious! Brooks seemed to thrive in visual medium, as with Space Balls where, when teleported from one room to another, looked down and found his ass was on the front instead of the back. He chided his staff for not telling him how big it was.

END_OF_DOCUMENT_TOKEN_TO_BE_REPLACED

Since the last post might appear to be a personal attack on Big Swede, who came here to attack us, I thought it best to maybe put up something quick and let it fall into the background. I am currently involved in going through old photos, reasons for that I won’t discuss, but nonetheless fun. My wife and I are in our 27th year, and it has been unending adventure. I spent part of today looking for a photo of me in the Beartooth Mountains of Montana, where we crossed a stream that had a bridge, but it had collapsed. She took the photo as I hopped over without going in. I think I have lost the photo, from the 90s, when everything was still film. I had written on the back of the photo the caption beneath the photo which I dredged up on the Internet today, a foot bridge that had collapsed in Prague. It is my sense of humor, take it or leave it.

END_OF_DOCUMENT_TOKEN_TO_BE_REPLACED

I am spending more time in the Internet age with comedians, and far less with serious people – you know, thinkers, hacks, non-listeners. The latter, most people, are especially annoying. I can see in the darting eyes no point in trying to engage in serious conversation with most everyone I know face-to-face. They are only lightly engaged in real life.

On our recent vacation, I attempted to engage my grandsons in some serious reflection, telling them that Climate Change is not real, that there is no need to fear any “virus,” but teachers and media have such a hold on them that they are trapped. I do hope in the coming years as they mature that they come to appreciate that one person attempted to tell them the truth, while every other person in their lives, some knowingly but most not, lied to them. Life is absurd, I hope they come to realize.

Media, i.e. TV, YouTube, Facebook and the like … I’ve virtually blocked it out of my life. We have a Samsung TV on our wall, and it sits blackened 23 hours a day, that one remaining hour devoted to a search for wholesome entertainment. We did find it in a British TV series, Call the Midwife, set in London in the 1950s and 60s. It has profound appeal to me as its central characters in part are Anglican nuns of the Order of St. John the Divine. I was taught by Dominican nuns in my formative years, and the portrayal in Midwife is so profound and accurate concerning the quality if these wonderful women.

END_OF_DOCUMENT_TOKEN_TO_BE_REPLACED

Over the past year and a half, as I argued with friends and family about the absurdities of the Covid narrative, many of them speculated my objections must stem from a lack of belief in science.

I now realize how right they were. I was a heathen. I didn’t believe.

But recently, I made a discovery… and the scales fell from my eyes.

Like others who follow this blog, I’ve read lots of the scientific studies media and government officials point to when claiming “science supports” whatever they say about Covid. We know these papers prove nothing. They offer no credible evidence. Many are not, and never will be, published in established scientific journals. Yet their mere existence confers the blessing of scientific “support.”

As long as the authors use impenetrable language to describe scientific-sounding work on a hypothesis… and as long as the media likes that hypothesis… voilà! Lo-and-behold, science supports it!

At that point, the hypothesis emerges from the cocoon of imagination, spreads its wings, and manifests into glorious reality.

Come to think of it, it’s a lot like the Law of Attraction—a concept I’m embarrassed to admit I once believed in.

Man, was I stupid. The Law of Attraction never supported any of my hopes and dreams. Not a single one.

END_OF_DOCUMENT_TOKEN_TO_BE_REPLACED

This popped up in email a few days ago from ScottRC, who is a frequent commenter. I was immediately drawn to the artwork. He’s apparently quite practiced at this, as the characters, lines faces, expressions – all of it, look professional. And, of course, the message fits right in here.

We had to go to the store this morning for milk … out into the hinterlands to walk with the common folks, the masked masses. I don’t know why, but this scene played in my head. Cleavon Little’s laughter almost looks like an outtake, but Mel Brooks left it in. Gene Wilder is a superb comedic talent.

This video came to mind as I saw all the news readers out there pushing the Coronavirus hoax. They are not scholars. They are not “journalists,” if that word has meaning. They are hired because they are good looking and seem trustworthy and can be taught to read a teleprompter. Example follows, well known, but worth another look.

END_OF_DOCUMENT_TOKEN_TO_BE_REPLACED

This post could just as easily be called “Tastes are Personal, Dontcha Know?” It is about comedy and comedians. We all have our favorites, and I will list just a few of mine.

Dennis Miller: Even when I was very liberal, I enjoyed this man. His humor is biting, and extremely clever. Talking about service animals on airplanes, and how carried away (so to speak ) it has gotten, he mentioned a seatmate on an overseas flight, and her “therapeutic puff adder.” He said that Hillary’s campaign was “shakier than a blood bank at a Greyhound Depot.” Something like that, things that would never cross my mind, that catch me by surprise, and make me laugh out loud.

END_OF_DOCUMENT_TOKEN_TO_BE_REPLACED 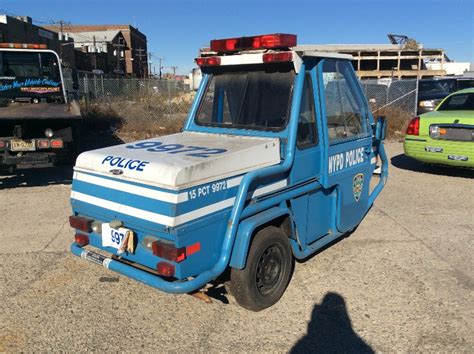 One point of clarification before I move on with my life. I described the vehicle I saw parked at the Miles Mathis residence as a “golf cart.” I did not know how else to describe it. But that is not accurate. It was something like the above vehicle, and was blue, as I recall. It did not say “police” or have light bars or anything like that. In the town where I grew up, the people who enforced parking laws used them. We called them “meter maids” because they were all Lovely Ritas.