I think it is time to move on, that is, we’ve fleshed this virus hoax out enough. I’ve had my fill, anyway. We all know what is up, and on those things where we don’t agree, I am right and you are wrong.

Something else happened during all of this that just thrilled me.

A young person, whom I will refer to as “it” to avoid gender identification, approached me via email. It had been curious about Columbine, things did not add up. It had been around to various blogs and in bringing up its doubts found it was booted and banned. Who needs government censorship when we the people take care of it for the government. ? It stumbled on my work on the matter.

I am not going to rehash the conversation between us, as we hopefully have miles to go, but it did bring up a matter that has long intrigued me, the ongoing story of Mark Taylor. This is one of the supposed shooting victims at Columbine who survived, and thus became a lifetime actor. Unlike the others, who merely walk around without any scars or signs of violence on their persons and tell their stupid stories, Mark has taken a different route.

In 2007 Mark was interviewed by ABC after Seung-Hui Cho shot up Virginia Tech. Mark and his mother Donna Taylor were in Des Monies, Iowa, at the time, studying possible links between antidepressants and school shootings along with Dr. Ann Tracy, executive director of the International Coalition for Drug Awareness. Mark told the network that the college shooting brought back memories of his experiences. He said he wanted to educate the public on the dangers of using antidepressants as he believed their use played a factor in the shootings at Columbine and Virginia Tech. 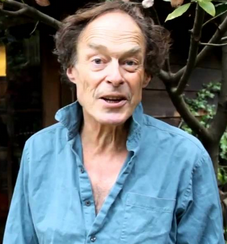 I first read of Dylan Klebold and Eric Harris and the antidepressant connection via the late (so we are told) Alexander Cockburn, who wrote at a website called Counterpunch. I used to link to it but decided it is nothing more than a hangout for limited hangouts, Alex among them. (Alex, though you don’t need to know this, is the uncle of actress Olivia Wilde, who Fauxlex discovered is the spitting image of Michael Jackson’s daughter Paris Jackson.) (Alex, and you also don’t need to know this, was a gifted writer but the most boring speaker ever to occupy a forum.)

In those days I did not know about controlled opposition and misdirection. But that is all the antidepressant tale is, misdirection. Two ghost students at Columbine who did not even exist also did not take them.

More on Mark Taylor, as his story gets more intriguing.

In 2008, Mark was put into The Lighthouse inpatient unit of Aspen Pointe in Colorado Springs after an alleged meltdown at a book store. Rumor has it that a bomb threat was called in and fingers pointed at him but this is unsubstantiated internet supposition. The actual reason behind his detention still remains unclear but what is clear is this: When he was released, Mark Taylor was not the same person. Forced onto mood altering drugs over two consecutive stays in the ward (including Paxil, Lexapro, and Haldol), he could not even form coherent answers when he was interviewed in 2009. He couldn’t even answer something as basic as where he had been living since his release.

I learned of this when I was writing my Columbine piece in 2017. I did not follow up on it, and made a wild ass guess: Suppose Taylor wanted out of his lifetime acting gig. This was his pathway, but not his choice. The managers of CLAG, the Columbine Lifetime Actors’ Guild, only let him out by means of hospitalization, giving him opportunity to disappear and be forgotten. No harm was done to him, as it was all subterfuge.

But that was not the case. Take a minute or two to glimpse at this nine-minute video. It is pretty tedious, but you will quickly get the idea. Click here if you want to see a condensed three-minute version.

What are they telling us here? It’s the old line from Star Trek where Bones says “He’s not just dead, Jim. His brain is gone!” They are telling us that Mark has been worked over and drugged to into incoherence. His mother is assisting in this stage play. They are saying things like the school was half empty on the day of the event, so that there was advance warning. The government was in on it. There are other snipers. Mark Taylor knew too much, and this is how they hushed him.

Another path to follow, another rabbit hole. That’s all this is. Mark Taylor was never injured, is mentally healthy and still collecting CLAG paychecks. He’s not much of an actor, however.