Paul is not dead (PIND)

It seems odd to need to explain this to some people, but Paul McCartney has always been two people, a set of twins who, for lack of better information, we call Paul (the original crooner seen far more often in the early days) and Mike (who turned out to be a much better stage performer).

The people behind the Beatles, some very talented musicians, artists, psychologists and writers, knew that the two did not look enough alike that they could pull off the ruse forever. But professional propagandists as these also knew that lying is not an effective tool for misleading people. It is far better to misdirect. So with McCartney they started, even as the group was still touring, placing clues on the albums indicating that Paul might have been killed and replaced. Lyricists planted words in some of the songs (“He blew his mind out in a car”), and even George Martin did his part, knowing a camera was running, by referring to McCartney as “Billy.” (Part of the misdirection was that a lookalike named Billy Shears had become the new Paul.)

As Ab said to me this morning in a message, “I agree it’s all fun, like a cat playing with mice.”

By far the deepest and best clue was on the cover of Sgt. Pepper’s Lonely Hearts Club Band, on the face of the drum. 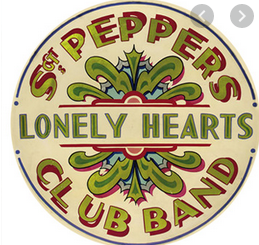 Here’s what you do: Slice the drum in two horizontally, right through the words “Lonely Hearts.” Then set the top half on a mirror. Here’s what you get. 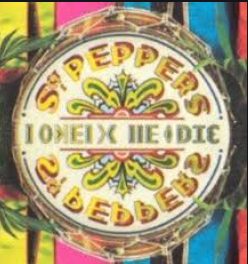 “IONEIX HE DIE.” 119 He die. Europeans use the day-first month-second convention. In the US it would read “911 He Die.” Sgt. Pepper came out in 1967. That is how far back the planning for this psyop went. It is so deeply buried that I doubt anyone would ever have discovered it, so that I suspect the clue was finally leaked. The people behind it knew how clever it was, and wanted credit. Who can blame them?

Andy is not Edward

There has been some confusion around a post from two days ago where I did facechops of Dr. Andrew Kaufman and Edward Snowden, showing that their features align almost perfectly. My point was made later in the post, that they may be batch brothers, and NOT that they are the same person. I made it very clear that they were two separate people.

I tend to write longer posts than others, and I know people shy away from reading them for that reason. It’s a time commitment. I understand. I am the same way. So while at the beginning of the post I showed how much alike they look, later on I brought in the Bokanovsky Brats, and placed them in the Matt Damon Group. Some time in the future I will restore Straight’s original work done in this post, The Matt Damon Batch, where the photo analysis work has disappeared.

This post was not done as an attack on Dr. Andrew Kaufman. I am merely laying out the analysis. If Kaufman is controlled opposition, it will become apparent in time. If not, then we are looking at a giant coincidence.

Pam Popper (website) is energetic and does good work. I do not criticize anyone fighting the fight for doing it the wrong way. In Ohio, New Mexico, and two other states, she has filed lawsuits demanding that CDC and state agencies, along with the FDA and Department of Health and Human Services clean up their act. She is suing them to require that they reverse a 3/20 memo changing the way death certificate are done, and to clean up the PCR nonsense, pulling back the curtain and telling us how they work and establishing national standards. And other stuff.

The lawsuit concedes that the virus is real and that people really do die from it. I don’t know if that is a strategic concession to reality, choosing battlegrounds, or whether she really believes that.

I do not get too excited about lawsuits. The power behind the hoax is bigger than the courts. Lawsuits were won in Pennsylvania and Illinois, and changed not a thing. The people behind this thing merely ignored the courts. So I guess while I respect Pam and her efforts to fight the good fight, learning that there was a lawsuit filed did not make my day.

Jon Rappoport (No More Fake News) has been tearing it up lately – actually – from the beginning. I am emailed his daily posts, and I never fail to read them all the way through. Jon is a thorough researcher and a good writer. A few years back I bought his package, The Matrix Revealed, currently priced at $125. I had no regrets. He’s also selling a course entitled Logic and Analysis, High School Level for $375. As much as I admire JR and want to support him, and as much as I am in need of that course, it is a bit spendy for my budget. But I do want to plug his work. He’s one of the good guys. I won’t be doing any facechops on him.