[Note to readers: This is the post I should have done two days ago, when suffering from jet lag. I am back to normal mental acuity, such as it is (though I am getting up ridiculously early now). Please ignore anything prior to this concerning either Anderson or Carter Cooper, or Steve Clark.]

Carter (1/27/65) and Anderson (6/3/67), are the children of writer Wyatt Cooper* and designer/artist Gloria Vanderbilt. Though born 28 months apart, it is hard to see that age difference in some childhood photos, such as this one: 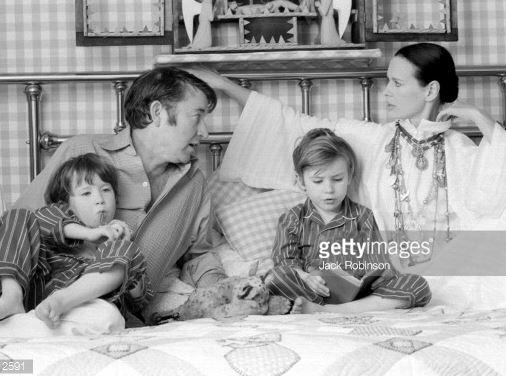 Note the identical jammies! However, other photos do put them farther apart in age, so it is not conclusive. The subject of twins, while a recurring theme at this website, will not be discussed beyond this, as it does not matter if the boys were born at the same time or merely strongly resemble one another, or indeed underwent plastic surgery (as with Paul and Mike McCartney). The important conclusion I draw is not that they are twins, but rather that each now plays the role of “Anderson Cooper, intrepid reporter.”

Here they are as youth, Carter to the left, Anderson to the right: 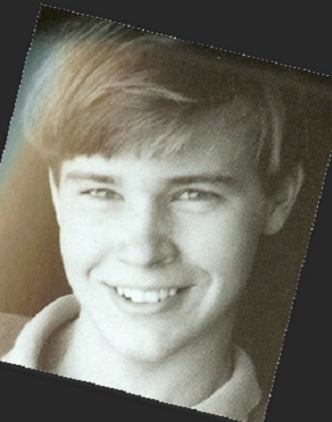 Carter is said to have plunged to his death in a 1988 suicide, but I will show below that his death was faked.

Why wealthy people fake their deaths … is a layer of the onion. As with the fake-dying Kennedy’s – Joseph Jr., Kathleen, John F., Robert, Robert and John F. Jr., along with scores  of musicians and actors, fake death is common in royal lineage. Some, like the Kennedy’s, are too well-known to reappear as Zombies. Where they go is a matter of speculation. Miles Mathis, in his paper on the JFK assassination, suggested they might form an underground ruling council, the “invisible government” we allude to but never seem able to identify. That is admitted speculation, but highly intriguing.

The musicians and actors, and as we see, Carter Vanderbilt Cooper, are re-purposed, often in the fake news business**.

That is an important lesson I have learned from our study of dead rock stars – musicians can fake their trade, and the news business is rife with phonies, Zombies and poseurs. So news, like music,  is often fake.  That is how so many lies and so much illusion is passed on to us – by use not of Intelligence agents in news, but Intelligence assets.***

Each of the boys above has a fully developed skull, and pupils are at a distance where they will stay until death. Consequently, I can show that each is currently a version of Anderson Cooper. First, Anderson: 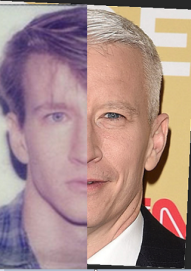 That is admitted, so should not be contentious. 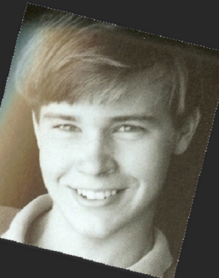 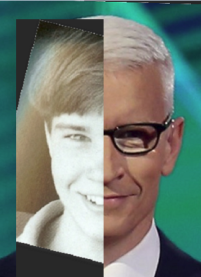 Young Carter has his head angled, so we get a wider and narrower skull as a result. But I am satisfied that these photos are of the same person.

Finally, Carter and Anderson, to show they are two different men: 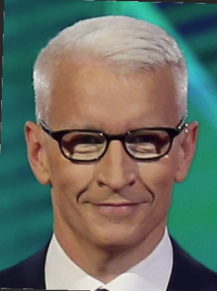 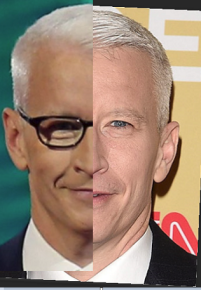 Here are a few photos of the man we know as Anderson: 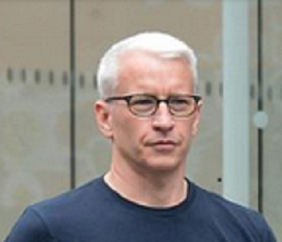 And just three of Carter, who I think appears less frequently (and who was assigned the task of appearing on Jeopardy earlier this year): 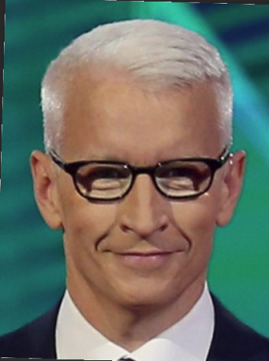 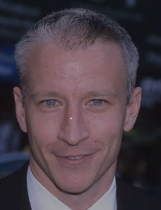 Finally, and this threw me for a loop, but there exists a body double for them, seen in the photo to the left. I call him “High Ears Cooper,” as he matches up well with Anderson except for the ears. I cannot explain that. Do note, since these men are actors and not journalists, that use of body doubles is not unheard of, though unusual with such a low-ranking person as a CNN newsman.(It could also be that this is a misidentified photo on the Internet, but it is labeled “Anderson Cooper.” This part remains mysterious.

Finally, concerning the comparisons with Steve Clark, the dead musician from Def Leppard, he will remain dead for the time being. As mentioned before, I doubt that any of these musicians really die. I don’t think they are drug addicts or drunks or depressives either. Those personas are part of their acting gig, learning their trade and used as a reason for their later fake deaths. It is all scripted. So Steve Clark remains dead for the time being, but we will find him someday, I assure you.

*Wyatt died in 1978 at age 50, but gee whiz, do you suppose he might have faked his death? Such a thing is not unheard of in the Vanderbilt line. (Wyatt was Gloria’s fourth husband.)

**We intend to broaden that search beyond news and into science, economics and academia (where Jimi Hendrix now resides). There is tremendous fakery all about us.

***Anderson, if anything in his bio is true, admittedly spent summers while at Yale undergoing CIA training. Most likely Carter was with him during that time.