I am a regular person in most ways, not prone to depression. This does not mean that I do not suffer it, but rather that I do so as part of normal mood cycles. It is not natural to be on a constant high. Things can get us down. The key is this: Depression is the brain’s way of telling us “Please. Make changes.” But I am powerless in that regard. The outside world has crept into my brain.

I still carry on, as that is my nature, to push through even when not enthused about things.

Depression is contagious. My wife feels my moods even if I say nothing. Where is it coming from? As I go out and about, grocery shopping or even out to lunch, I feel a state of resignation from those people behind face diapers. “Torpor” is defined as a state of inactivity, or lethargy. I don’t sense enthusiasm, anywhere. I don’t hear crowd noise or laughter. People are down, maybe tired of being regimented, but also too scared to either protest or resist. And they just keep piling it on.

The current “second wave” is fake, of course. The PCR test is not finding any virus. It IS the virus.

Lakewood, part of Denver, has three small lakes in a public park called Bear Creek. It has been dreadfully hot down there, and people were boating, fishing and swimming, relaxing there. The Health Department shut it all down.

That’s cruel and unusual. It is also pointless unless the point is to make people suffer. There is no medical justification. People endure it, but it has worn them down. They are depressed. I feel it in the air. 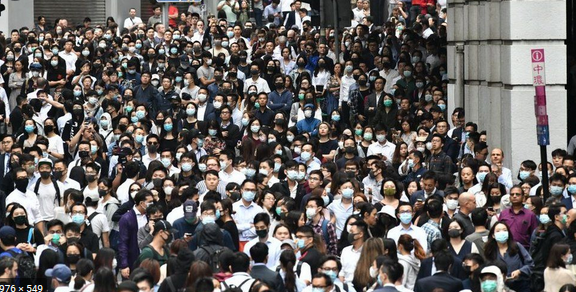 I’ve known from the beginning that this whole tragic meltdown was 1) planned long in advance, and 2) unrelated to health. Insiders refer to what is going on as the Grand Reboot. What I see is a fundamental psychological and propaganda operation which is destroying people’s cognitive abilities. Jacques Ellul, the French writer who studied propaganda, said that agitation propaganda, or agitprop (which is all this is), for a prolonged period does permanent damage to brains. I see this now. I see people hidden behind face diapers who are scared of me because I will not/do not wear one. I try to have an exchange with them and find they cannot be reasoned with. Their cerebral cortex is shut down, the reptilian brain running the show. This is what agitprop does to people.

It’s getting to me. I’ve never locked down for one day, worn a face diaper or distanced. But I see it and feel it in the air … people have succumbed. They are in a state now where if told to goosestep in public, they will do so. There is no resistance in them. That is so discouraging. They just march and do what they are told.

For me … I’ll continue to carry on as before, and welcome any advice. What are you doing to stay positive? The Pandemic State now owns the minds of everyone I know except you who read this, and my wife. It is a State of Fear combined with hypnosis, Zombie Apocalypse.