I just yesterday was informed that Joe Biden “won” the election. My heart sank, as he seems to be a creep, a medical wonder who doesn’t age. I doubt he won more than a few states, that is, if any votes were actually counted. He’s run for president before, never causing more than a ripple. He’s not charismatic, the primary requirement for holding high office. He doesn’t turn anyone on, not even the kids he likes to fondle or the women whose shoulders he so creepily massages. 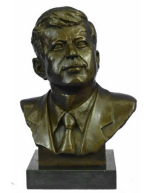 But then I thought … so what. The power that uncloaked on 3/11/2020 is far more infected in us and omnipresent than any elected official. Biden versus Trump wasn’t the worst choice ever, in my view. That would be 2000, and Gore versus Bush, closely followed by 2016 and Clinton versus Trump. Presidents these days are second-rate people. The process of historical revisionism makes it appear that the more distant a president in our past, the greater the person was. Even now this process is at work making Barack Obama into Rushmore material. At the book store a few days ago, I saw JFK’s bronzed image on a book that covers his life in the 1950s, prior to the 1960 election. I would assume he was just fooling around on the beach and mashing it up back then. His life was easy. PT109 was good writing, professional back story. It never happened. (For those too young to remember, the 1960 “election” was JFK versus Nixon, and was said to have been given over to JFK by means of fraud in Cook County, Illinois. That leaves us with the impression that regular vote counting went on everywhere else. Get real.)

(Richard Nixon, I must say, strikes me as an intelligent and interesting man, while George W. Bush seems very likeable. Sarah Palin is very charismatic, able to light up a room. They are not all bad.)

I think the reason my heart sank upon learning about Biden is that he has said (?) that he intends to make masking a national requirement, eliminating pockets of resistence like South Dakota , Idaho, Wyoming, Iowa and Georgia. What will a national mask mandate look like? I routinely go to the local King’s Sooper and other stores with bare face. I am the only one I see doing that. A national mandate means that if I do that, some apparatchik will produce a swastika badge at the door, and turn me away. The president, no more than the governor, has any power over me. They can only strong-arm businesses and agencies to carry out their orders. But I will be required to wear one to enter a facility, or will have to shop online and pick up groceries in the parking lot. Masks are permanent fixtures now.

Masking has nothing to do with illness or spread of a virus. The higher we travel up the food chain, the more people who understand this. Masking is behavioral psychology, that’s all. Imagine this: We are being lied to by the media and public officials about a virus that is spreading … that part is real, the lies. But we don’t encounter any sick people, and notice that deaths in all age groups are pretty much like they’ve always been, skewed toward the elderly and progressively rarer in younger age groups. We might, as with fear of elusive “terrorists” stalking us, simply turn it all off and get on with our lives as normal. We encounter others, in close quarters and at distances, and if we eat healthy food and drink good water and maintain a positive outlook, we don’t get sick. Or if we do get sick, it is the sniffles, a detoxing of airplane exhaust, petrochemicals in food, fluoride in the water, etc., life as life is in our age.

Masks, now seen on everyone, are used to intensify the fear that people are supposed to be feeling. They create the illusion that there is a virus, and news and fake PCR “positive” tests reinforce the illusion that it is spreading. Maybe ten days ago my wife got a “CODE RED” message on her phone from the governor’s office saying that Covid-19 was spreading in our area. That is nothing more than agitation propaganda. The Smith-Mundt act of 1948 makes it illegal to propagandize Americans within our boundaries. As I mentioned to Megan Ryan, the apparatchik in our governor’s office who soft-balled my FOIA, that prohibition is like a parachute in a tornado, completely ignored and useless. We swim in propaganda, and if not paying attention, drown.

Klaus Schwab, head of the World Economic Forum, spoke recently about the dangers we face should the electrical grid fail, perhaps caused by the same Russian forces that stole the 2016 election for Trump. (I’m kidding!) But that gave me pause … is he warning us of things to come? Right away I found myself looking at home power backup systems. Yes, I am ashamed to say, I did that. I turned to my favorite sage, Tyrone McCloskey, on the subject, as he has said on occasion that cryptocracy is a three-step process: foreshadow, carry out, and then reveal (“now it can be told”). Schwab would have been in the foreshadowing phase, early warning. Ty seemed unafraid, calling his words “fear porn,” mentioning that in warmer climates loss of power would not cause people to freeze in the dark.

He’s probably right, but I had to think that while people won’t freeze, they might starve.

So, here am I, afraid. He got me. I have no control, I do not know the future. I need to settle down, live day-to-day, and be confident that I can manage my life and maintain a positive outlook no matter what. All it takes is that rare, rare commodity so seldom seen, now and in the past: moral courage. It’s an easy thing to talk about, much harder to internalize. We need to help one another keep a same outlook.

Commenters and writers here do their part, I will do mine.